The Way I See It: The Ted Cruz Filibuster Fiasco & Obamacare

The future of Obamacare and what it means for you. 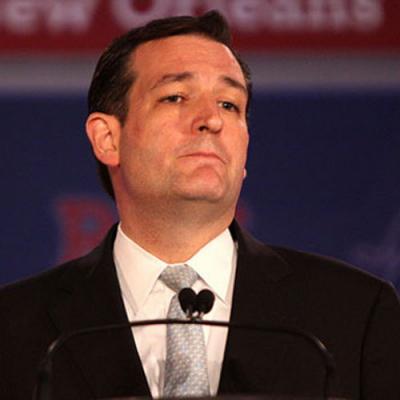 Recently, a filibuster led by GOP Sen. Ted Cruz of Texas was initiated in an effort to defund the Affordable Care Act.  For 21 hours and 19 minutes, Cruz stood on the Senate floor and recited passages from Ayn Rand, did a Darth Vader impression, read from "Green Eggs and Ham," talked about Toby Keith and Ashton Kutcher, and ranted on about "Obamacare" – ultimately citing that those who didn't agree to shut it down were like, "Neville Chamberlain, who told the British people, to 'accept the Nazis.'"

But even with Cruz' "faux" filibuster – as his entire speech didn't really block anything – nothing has really changed. The law will continue regardless of a government shutdown, and the health insurance exchanges established by the Affordable Care Act will be open for business.

I have never been a proponent of Obamacare, but what is more maddening is not once have Republicans offered a viable alternative. Instead, after it passed, they voted to repeal the law not once, not twice, not 10 times, but, wait for it… 41 times. Do Republicans know what the definition of insanity is? Just to clarify: it's doing the same thing over and over again and expecting a different result.

Which brings me to Ted Cruz. Let's face it: this plan is going into effect whether we like it or not. Yet the sadder thing is that most Americans don't even know it's a law or what options it will soon bring to them.

Recently, the Washington Post published an article about Obamacare, which notes the following: Fewer than six in 10 Americans know that the Obamacare law is still on the books; 7 percent think the Supreme Court struck it down; and 12 percent say Congress repealed Obamacare. The Post also cited that the majority of uninsured, low-income families don't know even know how the law will impact them.

While Cruz's efforts are an extreme reaction, many others are also investing time and energy rallying against it. Instead, we should be preparing and educating others so that we can take the right steps to both ensure and insure our own coverage.

Millions of uninsured Americans will be able to enroll in health plans before the law takes effect January 1, 2014. Its requirements – everything from forcing insurance companies to cover anyone who wants insurance to forcing Americans to carry health insurance or pay a fine – is going forward. While there is a small chance the healthcare exchange may be delayed [the Senate votes on this during the time this article goes to print], one way or another, it will move forward.

So, here are some of the basics to get you started: If you currently receive insurance from the government or your employer, chances are Obamacare isn't going to affect you. However, if you have your own insurance plan there may be some requirements of the law you may still need to meet. And if you have no insurance at all – well, then Obamacare is for you. You're either going to have to enroll in Medicaid or buy health insurance from a private company on an "exchange" organized by either your state government or the federal government. As for how much it's going to cost you? Well, that depends on how much you make.

As for what happens if you don't want to buy insurance? Well, you can opt out. You'll have to pay a fine of between $95 for every adult in your house or 1 percent of your income after $10,000 – whichever is larger. But, then again, you can opt in at any time as well, because whether you have a "pre-existing" condition or not, all's fair in Obamacare.

The end result is this: You still have options when it comes to the Affordable Care Act. To some, they may not be the most popular, but to others, the idea of even having options is better than having none at all. Instead of continuing to make this a partisan issue, our time will be better utilized in education and explanation, so at the very end, at least citizens can make the choice that best suits them.

We all know we don't have control over everything in this world, but we do have control over our reactions. And reading "Green Eggs and Ham" in our best Vader voice or incessantly bickering about something we cannot at this point change will only set us back rather than move us forward as a country.