"Then You Can Start to Make it Better": Yesterday Doesn't Make the Most of Its Concept 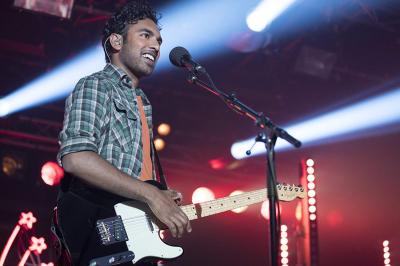 The Beatles are now so firmly entrenched in popular culture that it's almost impossible to imagine what popular music would be like without their influence. Mythologized and deified seemingly into eternity, a vast majority of people would argue that they are the greatest songwriters in history. Thus, Danny Boyle's (Trainspotting, Slumdog Millionaire) new film Yesterday asks a very intriguing question: What if The Beatles suddenly didn't exist anymore? The film briefly touches on the implications of this ingenious concept before settling comfortably in romantic comedy cliches (it is, after all, penned by Love Actually's Richard Curtis).

The film follows young Jack Malick (Himesh Patel), a struggling musician who gets into a bad accident only to wake up in a world where only he seems to remember the existence of The Beatles and their music. Jack now finds himself in an interesting moral predicament: "write" all the band's hit songs and pass them off as his own (along with all the fame and money that comes with them) at the expense of knowing that he's stealing from his favorite band.

As I said before, the premise is a brilliant one; is it morally right to commit a massive act of plagiarism when nobody but the perpetrator is aware that it's plagiarism? The film also has fun playing with the idea of The Beatles writing their music in today's age of commercialized pop. Would their songs even be the same? These are great ideas that get dropped completely to settle for a nice little feel-good conclusion. It's not all bad as the characters are likable and well-written, but the third act feels like a waste of all the fascinating ideas that came before. — Forest Taylor