This Wonderful Life is Staged at PACA

A classic film about the importance of Everyman will be portrayed by a single man on an Erie stage. 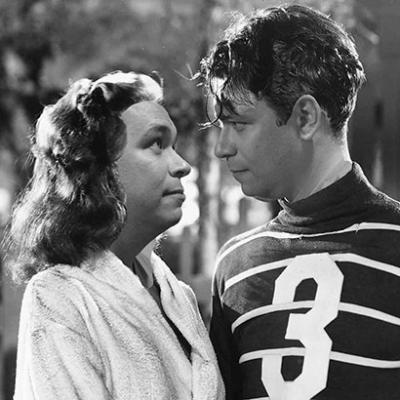 A classic film about the importance of Everyman will be portrayed by a single man on an Erie stage.

The Performing Artists Collective Alliance (PACA) production of *This Wonderful Life is a theatrical version of the classic 1946 Jimmy Stewart film *It's a Wonderful Life, as portrayed by local actor, Ken Falkenhagen.

Falkenhagen described the production via email: "It's exactly what it sounds like – a one-man version of the old Frank Capra film. I play (nearly) every single role – over 30 characters! – in a stage adaptation of the iconic holiday film: from Everyman George Bailey to evil, old Mr. Potter, to Clarence, the dotty angel, to Annie, the maid."

"It's a weird and wonderful reworking of the classic holiday story about the effect that one hardworking man's life has on all the other people around him."

He added, "It's a weird and wonderful reworking of the classic holiday story about the effect that one hardworking man's life has on all the other people around him."

A PACA board member, Falkenhagen has also performed or served as theatre staff at the Riverside Inn for the past 14 seasons. In addition to working with the comedy troupe In All Seriousness, he's appeared in the last two PACA Christmas productions.

"I think people often mistake [*Life] for a Christmas story. And yes, the movie is primarily set on Christmas Eve, and it's played on TV every Christmas, but it's not about Christmas," explained Falkenhagen. "It's about all the dark days we have to get through and how we persevere through them to get to the next good day." – Gregory Greenleaf-Knepp