Erie Philharmonic pays tribute to the Queen of Soul 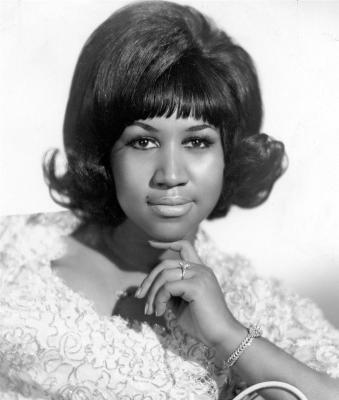 The late, great Luciano Pavarotti was supposed to perform Puccini's "Nessun Dorma" for the 1998 Grammy Awards. While the show had already begun, he canceled, causing a backstage furor as producers scrambled to figure out who would fill the slot on such incredibly short notice.

In stepped Aretha Franklin, already performing that night, who opted to keep the song the same (the orchestra was already rehearsed in a certain key, after all), despite offers to adapt to one of her many legendary hits. Her performance brought the Grammys' worldwide audience collectively to its feet and would become one of the hallmarks of her career, an eminently re-watchable video for anyone who thought they knew the meaning of the word "versatile."

There will never be another like the Queen of Soul. Her career spanned 60 years and produced such hits as "Respect," "Something He Can Feel," and "(You Make Me Feel Like) A Natural Woman." The mark she left on the music world — and American culture at large — after her passing in 2018 leaves an indelible yearning to recapture the spirit of her gifts.

Enter the Erie Philharmonic's Aretha Franklin Tribute at the Warner Theatre, with conductor Daniel Meyer at the helm and three extraordinarily talented Broadway singers bringing to life once again the songs that marked Franklin as a vocal virtuoso for six decades.

This evening, much like the great Franklin herself, will be part magic, part soul and all scintillation. — Cara Suppa