Affected individuals are in their 70s, 80s 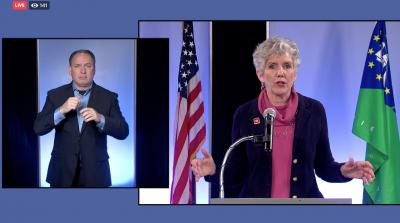 Three senior citizens have tested positive for COVID-19 in the past day, bringing Erie County's total caseload to 32. The individuals, two in their 70s, one in their 80s are recuperating in their private residences, Erie County Executive Kathy Dahlkemper announced in her daily press briefing. On the opposite end of the age spectrum, a seven-year-old has tested positive for COVID-19 in Crawford County. None of these cases have yet required hospitalization.

After reviewing the latest statistics, Dahlkemper responded to the following topics:

Dahlkemper lauded the overall effort of the Erie community in limiting the spread of COVID-19, relieved to see the numbers didn't look as bad as anticipated earlier in the week. She reminded everyone to stay physically apart but socially connected as we continue through this unprecented challenge.