by Tracy Geibel
View ProfileFacebookTwitterRSS Feed
March 15, 2017 at 11:00 AM 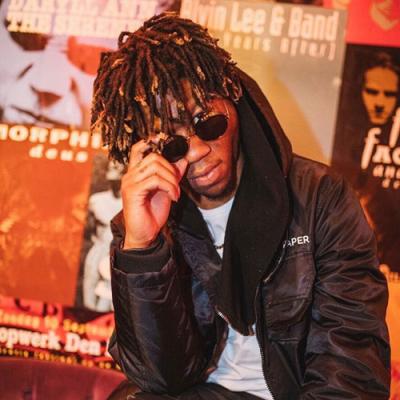 Before they wrap up their Desperado World Tour, OG Maco and Young Greatness with special guest Levi Carter will perform Saturday, March 18 at Basement Transmissions.

The 24-year-old Atlanta rapper OG Maco (Maco Mattix) is well known for his 2014 hit debut single "You Guessed It," which made the Billboard Hot 100 and now has more than 54 million views on YouTube. He's quickly gained fame – already acquiring more than 35,000 Facebook likes and 90,000 Twitter followers.

From New Orleans, Young Greatness (Theodore Jones) is probably best known for "Moolah," a popular single that spent weeks on the Billboard Hot 100 and was remixed by Lil Wayne and Yo Gotti last year. The rising hip-hop artist's 2015 hit about his hustle "just to get that moolah" earned him more than 25 million views on its official music video. His Facebook page's incredibly brief biography reads: #MoolahSeason. But perhaps this is fitting for the 34-year-old artist who is now reaping the rewards of his hard work.

Realizing his passion and his potential at a young age, special guest Levi Carter, 22, hopes to quickly make a name for himself. The rapper's debut album Antisocial included "Finessed" and "You Not Gang," which both have garnered more than 60,000 views on YouTube. More recently, he released The Presence of a Lord with "No Wife" and "Paid in Full." Carter grew up in Virginia listening to Jay Z and now considers Lil Wayne one of his favorite rappers.

General admission is $20, but attendees can join a VIP meet and greet with either OG Maco or Young Greatness for $75. – Tracy Geibel