TimberFish Rises To The Surface 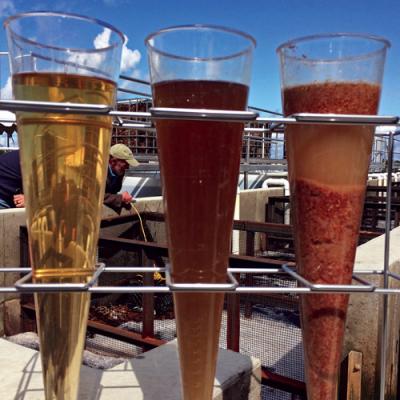 Thanks to a few human pioneers, fish are finally learning to make a living off the land. And for us terrestrials, that adaptation could make a world of difference.

These fish haven't suddenly sprouted lungs and legs; rather an exciting new technology has evolved around their cultivation. Agriculture and aquaculture have partnered through TimberFish Technologies, the brainchild of Westfield, N.Y. biologist Jere Northrup. Northrup's invention utilizes the byproducts of food production facilities as a nutrient source for aquatic species, thus eliminating wastes and environmental strain. The innovation could have a potentially global application and impact, according to Northrup (and a growing number of investors).

As with any idea so groundbreaking, it took plenty of time to gain traction. TimberFish was conceived in 2008, but didn't truly gain a foundation until a ground-breaking of another kind. Northrup met "40 Under 40" alum and Mazza Wines general manager Mario Mazza "serendipitously" at a zoning meeting in 2012 as his family business prepared to open a new distillery on an 80-acre plot of land along Route 20. That installation would become Five & 20 Spirits and Brewing, a.k.a. "the Westfield Wonder." Mazza was fascinated by Northrup's concept and agreed to be the first facility to implement his technology.

The cycle begins as the wash-water from the distilling and/or brewing processes is gravity-fed into the system. The initial waste product contains a high level of biodegradable solids (spent grains), which are mostly filtered out. The sediment that is left over is rich in microbes (who have already begun feasting on its carbohydrates), which are instrumental in the next step. The water is passed through a bed of wood chips, which captures the sediment and all the bacterial bacchanalia with it. The wood begins to degrade, and that rot creates an alluring incubator for the wiggly invertebrates (worms, larvae, etc.) that drop into the tanks where the fish eagerly await.

That all may sound somewhat unappetizing, but it is merely duplicating phenomena that already occur in nature. Northrup likens it to the ecology of a beaver pond on a larger, commercial scale. Beaver dams, being comprised primarily of plant material, are high in cellulose (the compound that forms plants' cell walls). Certain bacteria produce an enzyme called cellulase, which allows them to break down cellulose into glucose, a simple sugar they can use for energy. The dams absorb agricultural runoff containing excess nutrients such as phosphates and nitrites, which further fuels the microbial population. With the base of a food chain established and the flow of water stanched by the dam, the ponds serve as ideal nurseries for fish like salmon and trout. 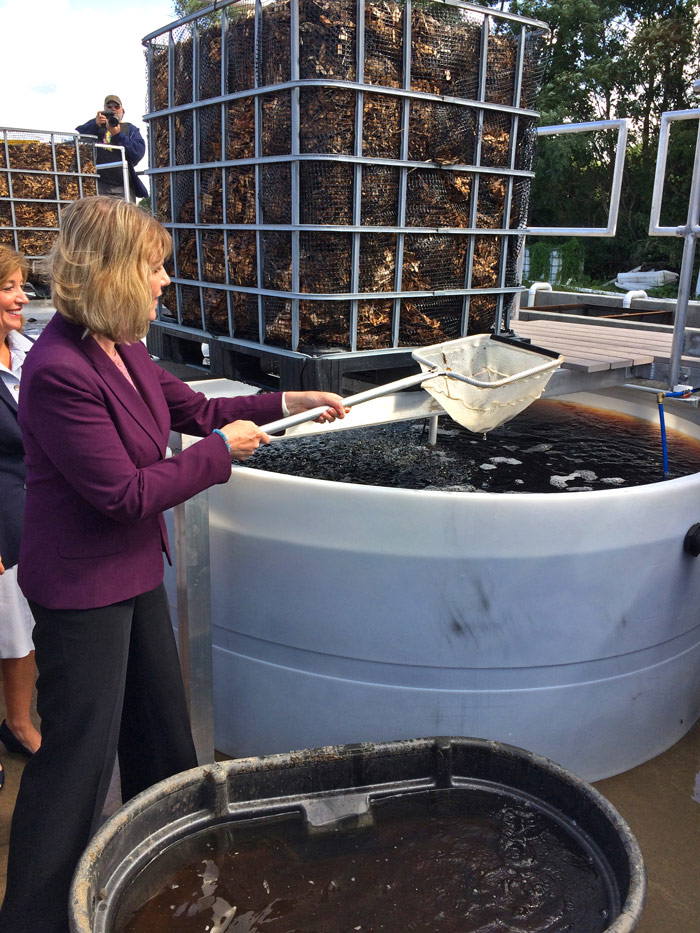 Beavers are foresighted without necessarily being aware of their foresight. Meanwhile, humans do possess the rare ability to conceptualize "the future," but haven't exactly gotten this sustainability thing down hook, line, and sinker. Overfishing is a major threat both ecologically and economically. Extracting too many predatory fish (e.g., tuna and grouper) from marine food chains creates dangerous imbalances that can compromise entire ecosystems. The World Wildlife Foundation estimates that 85 percent or more of the world's fisheries have been pushed to or beyond their limits and now must be strictly managed. The United Nations Food and Agriculture Organization corroborates these findings, further advising that fishing be substantially reduced or suspended in a third of endangered fisheries.

That news will resonate like a belly flop for the 3 billion people that derive at least 20 percent of their protein from seafood, and sting even worse for the more than 500 million employed by the fishing industry (particularly in developing countries). If fully embraced and implemented, TimberFish could do much to mitigate these issues, especially in rural communities with (often) struggling economies. A large-scale TimberFish facility could output 2-3 million pounds of seafood annually and would employ over 40 people, generating $15 million of revenue that could be pumped into local economies. Furthermore, these systems are streamlined enough to be incorporated both in urban (where space is at a premium) and rural environments (where the sense and aesthetics of open space is the premium).

Eventually an on-site hatchery will be introduced and rainbow trout, Atlantic salmon, Arctic char, and even shellfish such as shrimp will occupy the tanks.

With over $100,000 of aid from New York state and millions more from private donors, the TimberFish project is officially flying. Three species of fish — channel catfish, largemouth bass, and yellow perch (young specimens called "fingerlings") — were stocked on the morning of September 8, with numerous local and state officials in attendance. Eventually an on-site hatchery will be introduced and rainbow trout, Atlantic salmon, Arctic char, and even shellfish such as shrimp will occupy the tanks.

"The technology can grow any kind of seafood," says Northrup.

Five & 20 hopes to serve as a template for many more facilities to come (Pennsylvania's Erie County and New York's Chautauqua County are neighbors, and we know how neighbors like to borrow things). In the more immediate future, however, you'll be able to enjoy the unique experience of eating fish and drinking whiskey or beer in the midst of their common point of origin — a field of grain.

"You'll be sitting at Bird Eatery and overlooking the farm where it was all done," says Mazza, proud presider over the self-contained, on-site circle of life.

Not to discount amphibious mudskippers (and their modified pectoral fins), but TimberFish is an organism that appears to truly have legs.

Five & 20 Spirits and Brewing and Bird seasonal eatery are located at 8398 W. Main St., Westfield, N.Y. Hours are 10 a.m. to 6 p.m. Monday through Saturday and 11 a.m. to 5 p.m. on Sunday from October through May (open until 8 p.m. from Thursday through Saturday this weekend only).

Matt Swanseger can be reached with modified pectoral fins or by e-mail at mswanseger@eriereader.com.