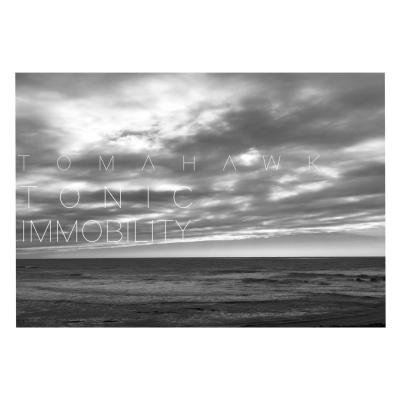 On Tomahawk's fifth album they celebrate 20 years as a band by making their most straightforward rock record yet. There are still plenty of off-color lyrics, angular guitar riffs, and driving beats that you would expect from this supergroup consisting of vocalist Mike Patton and bassist Trevor Dunn (Mr. Bungle, Fantômas), guitarist Duane Denison (The Jesus Lizard, and drummer John Stanier (Helmet). Tonic Immobility opens with an aggressive song ironically called "Shhh!" As the album progresses, it becomes more dynamic than their previous four records. For fans of Faith No More and Patton in general who need another release to tide them over till their next record, the songs "Doomsday Fatigue," "SideWinder," and the Ennio Morricone-inspired tune "Howlie" should fill that void. The pre-released singles stand out even when listening to the album as a whole. "Business Casual" has a driving bassline and comical lyrics that ponder the meaning of middle age, while "Dog Eat Dog" has a catchy melody with a memorable chorus. Tomahawk have proven that a supergroup can turn into a full-time band without relying too heavily on their previous bands for their sound and success.

Tonic Immobility will be released Friday, March 26 on Ipecac Recordings