Trash Boat: Sold Out at PACA 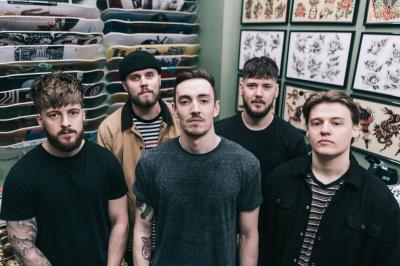 In Erie's constantly changing music scene it's not every day that you see a punk rock show gets sold out. The UK 5 piece Trash Boat sold out tickets for their May 15th show at PACA in less than a month. You can catch them alongside Real Fake Doors, Ghostpool, and for the first time, The Finer Things Club.

Trash boat is currently supporting the Movements and Boston Manor spring tour while filling in off dates on the run with four solo headlining shows. Tickets for this show were gone fast, selling out in under two weeks after going on sale at the beginning of April.

Directly supporting are Erie's new pop punk favorites Real Fake Doors, who are no stranger of being on sold-out shows at PACA; previously assisting the sell-out of two Young Culture dates. If you didn't snag your ticket in time, you can catch them this June headlining the Erie Food Truck festival and opening for We Were Sharks at The Ballet Haus in July. Their debut EP "11th and State" that was released at the end of March and is available on Spotify.

Buffalo-based band Ghostpool is gaining some serious attention in their local scene after dropping their EP "NYLA" in February which features one of their most popular songs "bug" bringing some serious heat to the bill.

The Finer Things Club, while being Erie's newest alternative band, are no strangers to Erie's music scene. Erie music veterans Pat Harkins (formerly of Mallory Run) and Garrett Jageman (formerly of Savevitia, Jurassic Skatepark) have teamed up to create a hard-hitting emotional project, and couldn't be showcasing their debut on a more fitting bill.