Tropidelic Offers Plenty to Funk With

Tropidelic will be headlining a show for those who wish to get down to some rhythmic funk. 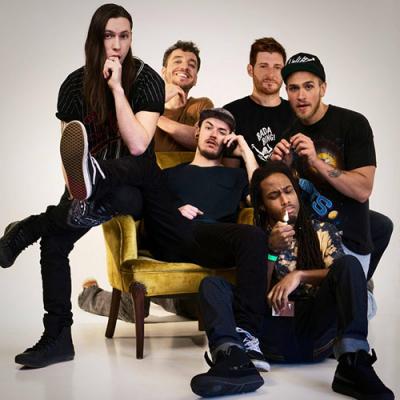 The Kings Rook Club has opened its stage up to many different acts via their downstairs concert complex already this fall (The Toasters, Broccoli Samurai, and the Rumpke Mountain Boys, to name a few). The Rook's latest guests, the Kent, Ohio reggae/hip-hop collaborative Tropidelic, will be headlining a show for those who wish to get down to some rhythmic funk.

Tropidelic built a loyal following by distributing over 10,000 copies of their debut EP, "Rebirth of the Dope." As the hype grew, eager listeners on street corners and on campuses all throughout the Great Lakes region snapped it up. With a similar sound to groups like Dirty Heads, Pepper, and The Wailers, this band gained exposure from opening for these exact groups at shows and festivals all over the country. While bands like Dirty Heads lead in the world of funk-filled, reggae-type hip-hop with a legitimate and large following, Tropidelic have continued to solidify their spot in the music world by taking as many opportunities they can to perform as they consistently produce a solid sound and vibe. After the release of their third EP Erie Vibes & Irie Tides and playing festivals like Warped Tour, Electric Forest, and Bamboozled, the Ohioans released their first full length album, All Heads Unite in 2012. The seven band members pool together their diverse range of musical influences on their upcoming EP, Heavy is the Head, which offers a unique, exuberant experience to any listener who gives it the time.

NatasK will begin the festivities upstairs, with Stationary Pebbles — a funk rock group from Evans City, Pennsylvania — opening up for Tropidelic downstairs for a one-two punch that is sure to bring the heat. Doors open at 8 p.m. — Maddie Hepler