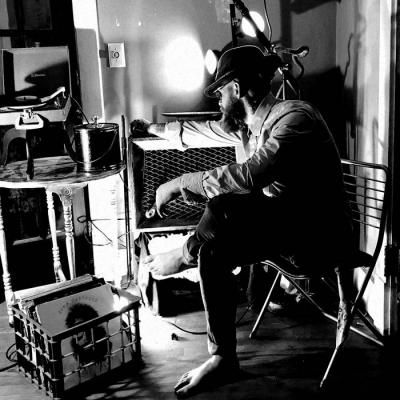 The Future Looks Mighty Ole Timey is quite the accomplishment for a songwriter as prolific as Tyler Smilo. Now five albums and a handful of EPs deep into his career, the local songwriter delivers his most personal album to date. According to Smilo, "The Future Looks Mighty Ole Timey," but it also sounds ripe for old souls everywhere. Despite being considered a concept album, Ole Timey feels more like a collection of stories, warnings, and celebrations being told within a single sitting. You won't get far into opener "The Darling" without knowing what you're getting yourself into, and that's a compliment; Smilo's vocal delivery falls somewhere between Andy Hull and Damien Rice, with his storytelling ability rivaling both. The songs here wrestle with topics including substance abuse and religion, which often seem to be competing for the narrator's attention (as showcased on album highlight "The Fire"). But with an attitude like Smilo's, we soon learn that we can find joy in even the darkest moments; on centerpiece "The Hard Times," he sings about his family in Ohio and where he'll eventually be buried, but rather than dwell, he sounds downright uplifting.