by Charles Brown
View ProfileFacebookTwitterInstagramRSS Feed
June 5, 2019 at 11:30 AM 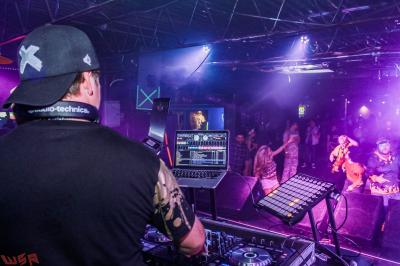 Local hip hop emcee Profound Produce is a man who wears many hats – from displaying lyrical calisthenics to coordinating musical events. But the former urban poet decided a hiatus was best, leaving many to question his next step. His last magnum opus Fruits Of Our Labor was released in 2013 when the Crooked i was the leading staple of all genres here in Erie, P.A. Since then, we've received a couple songs and performances but nothing substantial enough to know if we had the coveted rapper back for good. Now, everything that has presumedly been under wraps finally comes to the light for the Underground Hype Music & Art Showcase.

Profound returns with more of his prowess at the Bourbon Barrel with a list of guests to make this night phenomenal. Joining him will be The Romantic Era with their high energy rock and pop blend, DJ Voto with his party-going spins, and female wordsmith Fresco, who has been developing quite the eye-brow raise for herself.

With such a musical Voltron ready combine and forces for the stage, the cult following of Profound Produce will be more than happy to know that his newest mixtape will be available, making this event a CD release party as well. More treats will be given at this unique occasion with local streetwear Dotigan opening up shop, live painter Lexii Robarts providing visuals on site, and custom art/apparel C West collections showcasing impeccable work. Hoping to have the downtown bar "turned into a festival grounds" for a night, the show seeks to pay an endearing homage to the arts, seeking to  – Charles Brown