A broken key and a chance for free beer!

by Cory Vaillancourt
View ProfileFacebookTwitterGoogle+RSS Feed
March 14, 2012 at 1:07 AM 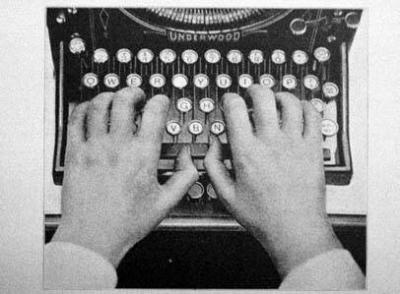 While composing my column for our new issue, a key on my Sony Vaio keyboard broke. Which key is broken, you ask? Well, I am having a hard go of informing you which one, because said key is unresponsive, so I guess I will be avoiding my broken key for now.

Avoidance is, sadly, a poor way of solving a problem – you may believe your problem is no longer real; however, ignoring your problem usually makes your problem much worse.

Even in world affairs, ignoring a problem never solves a problem. Remember old Adolph in Germany? When he began defying provisions banning a German arms buildup – provisions decreed in Versailles once WWI ended – England and France ignored his defiance. Once Adolph's defiance was realized in full, England and France appeased him. Maybe Neville Chamberlain and Al Francois Lebrun hoped Adolph would simply go away if England and France ignored him long enough? Anyway, a global war ensued, and following a solid pounding unleashed upon his Nazi war machine by Allied forces, newlywed Adolph ended up in a furrow, on fire, a slug made of lead burrowing in his brain. Problem solved.

My keyboard remains broken. I have pressed my broken key since I began my yarn, however, as you may have seen, said key refuses response.

Again, in world affairs, ignoring a problem never solves a problem. Remember old Saddam in Iraq? He denied Iraq was producing nuclear weapons. He also denied a Hans Blix-led UN squad access, while echoing his earlier claims. Maybe he hoped Hans Blix would simply go away if he ignored him long enough? Anyway, Hans Blix did indeed go away; however, a US-led armada showed up and gave Saddam a solid pounding, followed by a hangman's noose. Problem solved.

As I endure and appease my keyboard, my problem is growing worse. Hopefully my problem goes away.

Now, we know, in world affairs ignoring a problem never solves a problem. Remember old Mahmoud in Iran? He denies Iran is producing nuclear weapons. He also denies a UN-led squad access, while echoing his earlier claims. Maybe he hopes everyone will simply go away?

Oh, sweet, satisfying victory! Oh, tantalizing, titillating triumph! After giving that broken key a repeated, solid pounding, the problem was finally resolved! That key wasn't broken after all! There was just a crumb lodged beneath it. The crumb tastes like candied bacon, or real imitation bacon, I'm not sure which; nonetheless, just like Hitler, Hussein, and my broken Sony Vaio key, the problem with Iran's nuclear program will, most likely, only be resolved after a solid pounding.

Problem solved! Upfront nearly had to write this entire piece without the benefit of 1/26th of the alphabet. If you have been paying attention and are the first person to email Upfront correctly identifying which key was broken before a solid pounding, Upfront will ensure that a fresh, tasty, free growler of beer awaits you at Lavery's.