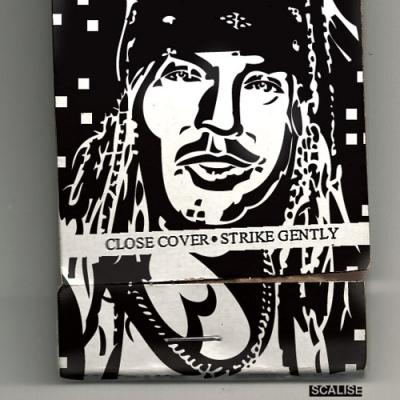 Quite honestly, dear Reader readers, I'm embarrassed to be writing this column right now – for the third year in a row. I can't even believe we're still talking about the sideshow that is CelebrateErie. In true American fashion, most of us care far more about Mayor Joe Sinnott's Craprockery – recall Kansas and Ace Frehley – than the fact that our city faces larger issues.

When you really think about it, Mayor Sinnott's continued tradition of selecting and overpaying sub-par talent for a free festival (read: attendance not required) is ultimately dust in the wind when compared to Erie's wayward sons, who have been carrying on by using the slovenly citizens of Erie (motto: 10th fattest city in America!) for target practice like it's about to become illegal.

But noooooooooooo, everybody wants to complain about yet another flare-up of Crap Rock at CelebrateErie, so let's talk about that, because apparently that matters more than the economy and crime on the east side.

As usual, Mayor Sinnott's announcement of the headliners for CelebrateErie went over like a dirigible made out of lead in certain quarters of our community – but not in room 500 of City Hall, where I sat with his staff during a press conference he held this past May.

CelebrateErie is important for tourism in our city, because nothing says "destination" like washed-up '80s glam rock b-listers.

Anyway, when the mayor announced Friday night's headliner – Sha Na Na – many in the room looked puzzled, including Erie Reader Managing Editor Ben Speggen, who had never heard of them.

But Ben is a young 'un; he wasn't even alive when they had their TV show, much less when they opened for Jimi Hendrix at Woodstock in 1969 (seriously). Despite these respectable credentials, Sha Na Na is a nostalgia act – they perform '50s tunes by established artists. There are two original members remaining. They are, in essence, a cover band.

Saturday night's headliner Bret Michaels, on the other hand, is an original member of '80s Crap-Rock band Poison, and he continues to ride that dead horse like the motorcycle he rode in on as the Grand Marshall of Roar on the Shore motorcycle rally in 2009. He is, in essence, a cover band of himself.

In fact, the only thing "Erie" about CelebrateErie is the smattering of local acts who are patronized by their very selection, and then paid a pittance to perform.

Nevertheless, the press conference groupies greeted Michaels' name with an audible, swooning sigh; I rolled my eyes so hard they fell on the floor. Ben picked them up, wiped them off, and handed them back to me, just in time for me to jam them back into my head-holes and see Mayor Sinnott hoist a banner reading "Cele-Bret Erie." On the reverse side of the banner, it said, "Bret Michaels for Mayor."

Maybe that's not exactly how it happened, but that's how I remember it – after all, it was May, and this is August already. But the selection of Michaels – who is not only the epitome of crap-rock, but also was just here a few years ago – signaled that CelebrateErie hit a new low this year.

Mayor Sinnott thinks that the people of Erie want to rock and roll all night – and party every day – and up until now – at least, for those people – his tenure as mayor has been nothin' but a good time; but if Bret Michaels has taught us anything, it's that every rose truly has its thorn. And Erie Mayor Joe Sinnott's thorn will always be remembered not as the lingering spectre of violent crime in our neighborhoods, but as Crap Rock.

Each year, Sinnott manages to select irrelevant out-of-towners to headline a festival that's supposed to be celebrating Erie. Most vendors are from out of town as well – they're the itinerant carnies of the food world who roam from town to town in search of work, like Steinbeck's Lenny Small but with better impulse control.

In fact, the only thing "Erie" about CelebrateErie is the smattering of local acts who are patronized by their very selection, and then paid a pittance to perform.

Accordingly, the term "CelebrateErie" is blatant false advertising. If hizonner is going to continue operating the festival in this manner, they should relinquish the title, and rename it something more accurate, like "Craprock-aroo," or "Crapachella," or even "Woodsuck."

Then, some intrepid locals with their ears to the streets and their fingers on the pulse of this small town with a big music scene – perhaps even someone like you – would be free to create something that really does give Erie a reason to celebrate, instead of Cele-Bret.

Cory Vaillancourt is a brilliant writer/complete hack and can be complimented/heckled at cVaillancourt@ErieReader.com. Find him on Twitter @VLNCRT. To follow this story or comment, scan the QR code or go to http://erirdr.com