by Cory Vaillancourt
View ProfileFacebookTwitterGoogle+RSS Feed
May 2, 2012 at 9:08 AM 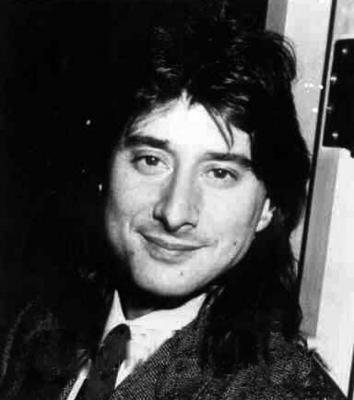 If you happen to hear more cannon fire than usual over the next 18 months, do not be alarmed – the British are not coming to reclaim their colonies; it's the Perry 200 Commemoration. From now until late 2013, Erie will take on a festival-esque atmosphere as the Perry 200 Commemoration, ummm, commemorates the hero of the Battle of Lake Erie with a series of concerts, fireworks, parades, pageants, boat races, and, most importantly, multiple rounds of live cannon fire; there are even rumors of an infant orangutan mascot named "Baby Oliver," in a period naval uniform no less. Alright, I made that last one up, but the Perry 200 Commemoration Commission would do well to note that people love baby orangutans in period naval uniforms as much as they love live cannon fire. Regardless, I'm getting awfully excited just thinking about all the fun things taking place in Erie, with or without the orangutan.

For the duration of the commemoration, you'll be seeing variations of Erie Reader Art Director Todd Scalise's creation – the official Perry 200 logo – all over the place – on our cover, on merchandise, on print ads, on posters, on signs, on busses, on billboards, on television, and on radio. Well, maybe not on the radio, but you get my point; Todd's work will be everywhere, just like the commemoration itself.

Now, all this Commodore Oliver Hazard Perrymania got me to thinking. Occurrences like this one, wherever they occur and whatever they commemorate, shine a small light into our otherwise drab daily existences. They're special, and they make life just a little bit more fun. I think we should hold them more often; in fact, I think we should hold a Perry Commemoration every single year…you know, make it an Erie tradition, like the Parade of Horribles held in Erie each December since 1795 (Perry served as Grand Marshall in 1819).

Formerly the lead singer of the rock band Journey, Perry's job was outsourced to a smaller, more Filipino version of himself, Arnel Pineda. Pineda, whose singing voice bears an uncanny resemblance to Perry's, speaks English like every ridiculous Asian stereotype you've ever heard as he talks about his days living in a Manila gutter and eating garbage; incredibly, Neal Schon, Journey's guitarist, stumbled across a YouTube video of Pineda while searching for a suitable lead singer and reached out to him. Meanwhile, Steve Perry is reportedly involved in the bovine insemination business, which obviously draws on his decade of experience dealing with Journey's groupies. Take that, Steve Perry! That's for the $4.98 I wasted on a cassingle of your solo effort "Oh Sherrie" way back in 1984.

While neither gay (according to his wife and son), nor a lord (as far as I can tell), Gaylord Perry did have the cruelest parents since college basketball player Ivana Mandic. Despite, or perhaps because of his easily ridiculed moniker, he learned to hurl small spherical objects at exceptional velocities and with deadly accuracy. A legendary "spitballer" who compiled more than 300 wins in his 22-year career, Perry was elected to the Baseball Hall of Fame in 1991.

As you can see from this short list, there are a plethora of praiseworthy Perrys who could stand a little commemoratin' – Perrys like William, Katy, Linda, Tyler, Luke, and Matthew. If we open up the commemoration possibilities to people with "Perry" as a first name, we can also commemorate Como, Ellis, Farrell, Mason, and Wood. The bottom line is that we could all use just a little more joy in our lives, and if any sort of Perry commemoration take place, I'm sure it will be very popular – as long as there's plenty of live cannon fire and an infant orangutan mascot in a period naval uniform.

Cory Vaillancourt is a brilliant writer/complete hack and can be complimented/heckled at cVaillancourt@ErieReader.com. Follow him on twitter @VLNCRT,  just not too closely.