by Cory Vaillancourt
View ProfileFacebookTwitterGoogle+RSS Feed
December 12, 2012 at 7:30 AM 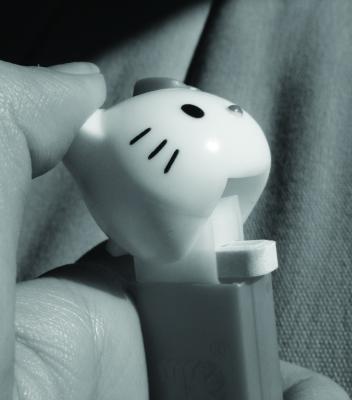 About this time last year – Upfront No. 31, for those of you keeping score at home (who scare me) – I acquainted you with old Krampus – belligerent chain-brandisher, bothersome child-beater, and beloved Christmas-bearer in much of the world.

Nope. Not going there again. Ever. Although I would like to call your attention to the last verse of that little poem:

A beating ensued that I'll always remember
Throughout the whole year, until late next December.
Two-thousand and twelve will be filled with my fear;
I promise you Santa, I'll be better next year!

Yes, I learned a thing or two about being a good boy over the past 41 Upfronts – I have tried to be good, Lord have I tried; I haven't always succeeded, but at least I've tried, which takes me right off the hook. And, I done learnt a thang or two about makin' words purty with book-learnin' since Upfront No. 31, I tells ya. A thang or two about purty words, yes-sir-ee. And me plan use thangs good on all tomorrows.

Sure, I've learned other things too; I've learned to milk the mother-loving spit out of a gimmick until people just throw their hands in the air like they've nary a care and the people scream "Oh yeah!"

Another thing I learned is to milk the mother-loving spit out of a gimmick until people just throw their hands in the air like they've nary a care and the people scream "Oh yeah!"

Wait wait wait, I know: right now you're saying (to yourself), "Cheese and rice; shut the front door! Does Upfront even have a point, ever, you seminal birch? And what in the fracking heck does this have to do with your Christmas card deployment?"

Here's the point: In my mind, being truly good is not ever about the quantity of the good, but rather the quality of the good. So rather than send out impersonal, mass-produced, generic Christmas cards, I always personalize them with short messages so my loved ones know exactly how much they mean to me; it's important to me. I guess you could say it's my thang.

So this year, given all the thangs that I've learnt about purty words and being good, I've opted to send an impersonal, mass-produced, generic Christmas newsletter, which I will deploy for you (my loved ones) right now.

I hope this generic holiday greeting finds you and yours happy, healthy, and hirsute. I assume it's been awhile since I forced my life upon you, so I feel this is as good a time as any to make you aware of numerous irrelevant, pertinent, and nonsensical assertions, inquiries, and observations that have penetrated my consciousness over the past year; please consider this your personal notice of my caring and/or narcissism.

Some people smile when they smell a skunk.

The alarm clock is the vilest and most unnatural imposition humankind has ever bestowed upon itself.

Reggae is the bacon of music – it just makes everything better.

I repeatedly fail Captcha; therefore, I am a robo-bot.

Does buying pre-paid gasoline cards at the gas station make you an energy trader?

Why is it sometimes too hot to turn on the stove, but never too cold to open the freezer?

Why do The Avett Brothers always look and sound like they just assassinated Abraham Lincoln?

I'm glad the PA Liquor Control Board has an iPhone app that helps you locate liquor stores, because that bitch Siri was starting to become so judgmental.

I'll stop texting and driving when they stop trying to make me look at commercial advertisements while driving.

Roller rinks and strip clubs both play the same music.

In the animal kingdom, all sex is rape.

Best wishes to you and yours from me and mine,
Upfront No. 73.

Cory Vaillancourt is a brilliant writer/complete hack and can be complimented/heckled at cVaillancourt@ErieReader.com. Find him on Twitter @VLNCRT. Oh, and, uh, Merry Krampusnacht.