With the closing of the Perry 200, will Erie continue celebrating itself?

by Cory Vaillancourt
View ProfileFacebookTwitterGoogle+RSS Feed
September 18, 2013 at 7:03 AM 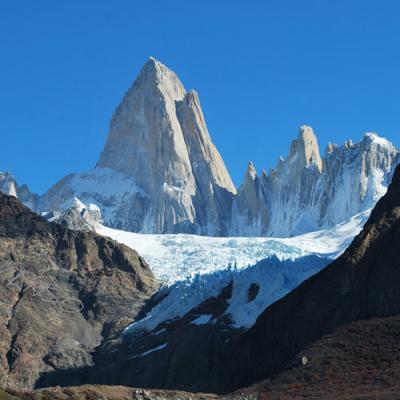 Good news everybody! The nearly two-year long commemoration of Erie's role in the Battle of Lake Erie is just about over, so we can all go back to hating Erie again.

Since April 2012, the Perry 200 Commemoration has engaged all quarters of our community with lectures, fireworks, parades, pageants, Perryburgers, Perryburns, and a general sense of civic pride not often seen in these here parts. But it's about to return to the sandy soil from whence it came until it re-emerges again in 2062, like some sort of superannuated locust.

The P200 is ubiquitous at the moment, especially considering the monumental success of the recent tall ships festival and its accompanying fireworks display. The logo is everywhere – city hall, factories, banners, flags, T-shirts, even on boxes of chocolate – and will continue to cement Perry's status as a local folk hero as well as forever imprint his noble visage in the minds of those who will one day run this town.

But over time, as the flair of the festivities fade, so too will the murals and the memories; the chocolate will all get eaten, and once it does, Erie will inevitably go back to doing what it does best – hating itself. And eating more chocolate.

However, there is an unintended consequence of this hatred that our future leaders should recognize.

Hatred, when properly directed, is a precious gift.

Indeed, only because of anger and outrage and hatred for the injustices and imperfections of this world has anything ever changed for the better.

It's a precious gift because it surmounts seemingly insurmountable mountains, and here in Erie, we've got some mountains that need to be, umm… mounted.

According to the United Way, more than 17 percent of the county lives below the poverty line. In the city, it's 30 percent. Why don't we hate this?

Almost 40 percent of the city's residents receive food stamps. That's right, almost half of us can't even afford to feed ourselves. Why don't we hate this?

What's more, three out of every four students in the Erie School District receive free lunches because their parents cannot provide them. THREE OUT OF FOUR. Why don't we hate this?

We don't hate those things. If we did, we'd complain about them incessantly, just like we complain about Erie's cultural shortcomings, or aesthetic flaws, or climate. We complain about a viaduct, a multi-million dollar squabble between wealthy developers over a lakefront parcel, or a group of overpriced underwhelming condos within cheese-squirting distance of Arby's.

Meanwhile, I see the same guy digging through some Arby's dumpsters every morning; then, later in the morning, I see scads of children walking to school, and I wonder which of them is about to eat their only meal of the day. When they walk home in the afternoon, I look at them, and I think, "They're doomed."

They're doomed because we offer them, each November, a recycled, mostly-mediocre slate of has-beens, never-weres, and never-will-bes; charlatans, fools, nincompoops, and ne'er-do-wells, running our local governments, and our local schools. Most of these people think that change is something you get back from a dollar and that progress is measured by how little we've lost, not how much we've gained. Mediocrity is in the water here, and everyone grows up drinking it by the gallon. It's lukewarm, and familiar, and, well, not too terrible…

…and it tastes better than Detroit's.

What we've learned as a community from the Perry 200 Commemoration is that we are shockingly remiss in our self-analysis. Once every 50 years, Erie focuses on how good and strong and vibrant it was, is, and can be – once.

The rest of the time, little thought is given to what Erie might be like during the next Perry Commemoration. In 1912, and 1962 – when the factory whistles blew and calloused hands brought fat paychecks to the family dinner table each Friday and it was unfathomable that big steel, big coal, and big industry would ever wane – that ignorance may have been slightly more excusable.

That family dinner table is leaner now, and the wolves are rattling the mail slot. Those factory whistles are gone now, and the demon Poverty looms.

We're at a critical juncture in Erie's history – right this very moment. During no other 50-year block of time in Erie's history has it faced a more uncertain future than it does between the P200 and the P250 in 2062. If we – as a community – continue to demand only mediocrity from our leaders and ourselves, and continue to misdirect our hatred, and continue to surmount only molehills, there will be no Perryburns in 2062. No Perryburgers. No lectures. No fireworks, no tall ships, no parades, no pageants, no P250, no jobs, no Erie.