As the campaign season heats up, Upfront looks at the long, storied history of the opinion poll 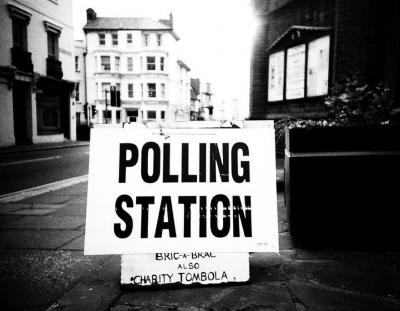 Local candidates recently made the trek down to Harrisburg to deliver their nomination petitions, and the Republican presidential primary has been alternately thrilling and annoying, like sitting next to Wesley Willis on a transatlantic flight. This can only mean one thing: It's silly season again! I love silly season, because it allows me to use my most vulgar political euphemisms; among them, "Polling the electorate." Hehe.

While we're on the topic of polls, let's stay on the topic of polls. There are, as you know, many different kinds of polls, including stripper, north, bean, telephone, and inter. However, we're talking about opinion polls – why politicians like to poll you, how they like to poll, what they gain from polling, how you feel afterwards, and if they stay and cuddle or just leave cab fare on the dresser and rush out into the anonymous orange lamppost glow of night.  Oh wait, where was I? Yes, polling.

Wikipedia says "the first known example of an opinion poll was a local straw poll conducted by The Harrisburg Pennsylvanian in 1824," so we'll just go with that. This makes polling a unique Pennsylvanian creation, just like Rick Santorum. Unlike Santorum, polls rationally and reliably provide logical and trustworthy information about a political issue. Because, unlike Santorum, they are valuable and contribute to our society, the politico-sphere utilizes polls frequently. Seriously. Politicians and polls go together like former Erie Bayhawk Jeremy Lin and bad puns.

We've already learned about the straw poll, but there are more. There are baseline polls, meant to gauge public interest and name recognition before a campaign even starts. There are tracking polls, meant to measure the support of a candidate as the campaign progresses. There are issue polls. And there are push polls. Exit polls. Polls of Polls. In short, if politicians can find a reason to poll you, you will get polled in the end.

George Gallup, instigator of modern polling, is mostly to blame for the incessant polling. In 1936, he revolutionized the still-developing polling industry by using a very small sample size, about 5,000 people, to predict Franklin Roosevelt's victory over Alf Landon. A larger, better-respected poll of 2 million people picked Landon, proving that when it comes to polling, bigger isn't necessarily better.

Polling clearly isn't perfect; it's subject to all sorts of biases and imperfections in design that can skew results dramatically. George Gallup learned about imperfect design firsthand when he picked Dewey over Truman in 1948, even though he stopped polling three weeks before the election. There's sample bias, wherein the people chosen to be polled do not accurately represent the demographics of the district. There's response bias, and nonresponse bias. Even the way a question is worded can bias responses.

Pollsters strive to eliminate these biases and design flaws to ensure accuracy; after all, their name – and their bread – is made on their reputation. And despite Gallup's "Dewey defeats Truman" mishap, The Gallup Organization is still among the most respected pollsters polling today. Gallup polls often. Gallop polls a variety of ways. Gallup likes when you watch them poll; you can check out their website to see their polling on a daily basis – no credit card required.

Gallup polled 3,415 people in what was undoubtedly a busy week from February 6 through February 12, asking them to approve or disapprove of President Barack Obama's performance. The results say that 47 percent of people approve, and 47 percent of people disapprove; broken down further into age and sex cohorts, Obama performs worst with the 65-and-over crowd, but performs best with women and all people aged 18-29.

This should also tell you that there are significant inroads to be made by Republican challengers who can appeal to the cantankerous sensibilities of this generation of activist-voters. While Romney and Santorum are in a statistical dead heat according to Gallup, Gingrich and Paul are still lurking about in the shadows. Which one of these candidates holds the most appeal for that essential demographic?

You'll have to continue watching the polls to find out, but I'll give you the hint – it's the one who will ultimately win the nomination. Gallup's 2012 Republican nomination tracking poll is updated daily at 1 p.m. and, as I've taught you, in order for them to keep polling, we're going to have to keep on getting polled. And who knows, the next person to get polled might be you!