So Mitt Romney was in the news again.

by Cory Vaillancourt
View ProfileFacebookTwitterGoogle+RSS Feed
August 22, 2012 at 7:00 AM 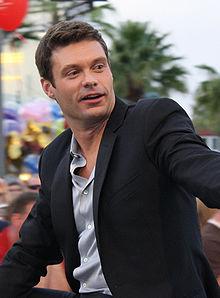 Willard "Mitt" Romney was in the news again. No, he didn't fly off to fail on yet another continent – he was in the news because he finally announced who his vice-presidential running mate would be: another Republican fella named Paul Ryan, who, in addition to having a first name for a last name, is from the magical land of cheese, chocolate, and serial killers.

Despite his syllabically appealing surname, Ryan also brings some baggage, making Romney's selection of him that much more surprising. Ryan's 2010 budget proposal is notoriously unfriendly to the middle class, the poor, the working poor, children, seniors, the unemployed, the… well, everyone that doesn't look like Romney. Try selling that snake oil in Florida, fellas!

That's right, Reader readers, Ryan is from pro-Obama Wisconsin, with their measly 10 electoral votes. See them there? Awwww, aren't they cute? Honey, come look at Wisconsin's 10 cute little electoral votes! All of which are going to Obama anyway!

But fear not, Republicans! With Congress's approval ratings hovering roughly around minus 1 trillion percent right now [citation needed] the Romney campaign has deftly positioned Romney as a man who's never been a Washington insider. Oh, wait… Nevermind. Romney's selection of Ryan, who has done the evil bidding of the cheddar/cacao/cannibal lobby in Congress since 1999, whitewashes Romney's attempt to paint himself as an "everyman outsider" with just six modest homes (each of which he built all by himself!) and a broke-down ol' race horse worth only $500,000.

Ryan's also a bit of an inexperienced campaigner. I know, I know, right now you're saying, "But Upfront, you just told me that he's been in Congress since the Goo Goo Dolls were relevant!"

To that I say, firstly, the Goo Goo Dolls have never been relevant; and, secondly, ummm, looky here: a congressional district isn't a very big place, Paul Ryan's being just 12.5 percent of his state's cheese-loving, chocolate-eating, torture-murdering geographical area. Romney needs someone who knows how to get people to vote, on a national level, like a Governor or a Senator or a… Wait, that's it!

Romney didn't make a bad selection – he just picked the wrong Ryan! And no, he doesn't need another Paul. Romney needs a Ryan with a better public image, a Ryan who has less baggage, and a Ryan who knows how to get people to vote, on a national level.

And that Ryan is Ryan Seacrest.

Think about it. Ryan Seacrest, host of "American Idol" since 2002, has more than a decade of experience in reality TV, so he's familiar with both reality and TV. He comes with the syllabically appealing moniker preinstalled, and his name recognition is nearly on par with that of Jesus. He's well spoken, a snappy dresser, has a good job, and is good looking; in short, he's the kind of guy you would like to see marry your daughter, or son. And he knows how to get people to vote on a national level.

Over that decade on American Idol – which I humbly demand we refer to henceforth as "the Ryan Era" – Ryan garnered millions of votes each week the show aired. Granted, I know voters weren't voting for him, but they were voting for him, because he asked them to vote. And vote they did. In fact, in the American Idol season finale held this past May, he persuaded over 132 million people to vote for him. That's more votes than John McCain earned in 2008. And Barack Obama. Combined. Yes, you read that right – 129,391,711 people voted for president in 2008; a few million more voted for, or because of, Ryan Seacrest on "American Idol." And that was just for one stupid show.

Sure, Ryan was born in anti-Obama Georgia, with their measly 15 electoral votes. See them there? Awwww, aren't they cute? Honey, come look at Georgia's cute little electoral votes! All of which are going to Romney anyway!

Sorry. Let's get back to the serious talk. He may have been born in Georgia, but I think of him as more of a Hollywood guy, which would be handy for Romney; Ryan's old-fashioned American Hollywood star power might be enough to turn California from solid blue to a pinkish red and snatch those 55 electoral votes for Romney. Think I'm crazy? Remember President Ronald Reagan? Governor Arnold Schwarzeneger? Mayor Clint Eastwood? All California Republicans with good old-fashioned American Hollywood star power.

That's just what Willard "Mitt" Romney needs – some good old-fashioned American Hollywood star power, not some cottage-cheese confectioner in a size 14 woman-suit. With Ryan Seacrest's good old-fashioned American Hollywood star power, he doesn't need such things as "budgets" or "policies" or "positions" or "morals" or "opinions." He just needs to do a few simple things: look pretty, memorize his lines, try not to swear or insult anybody, tastefully improvise on occasion, and stick to his talking points. You know, all those things Joe Biden doesn't do.