by Cory Vaillancourt
View ProfileFacebookTwitterGoogle+RSS Feed
May 30, 2012 at 9:42 AM 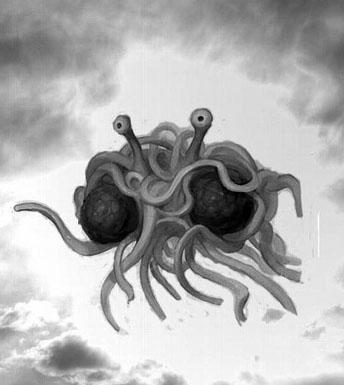 Did you know that in addition to appearing in print every other week, Upfront also appears online every other week? That's right – in between print issues, you can visit ErieReader.com and receive a fresh, steaming hot Upfront, direct from my fingers to your face!

If you've been reading Upfront both online and in print, congratulations; you are getting the full experience (this is Upfront No. 55). If you're only reading in print, you should seriously consider checking out the online column. You see, oftentimes, what happens here, in print, affects what happens there, online - remember the print Upfront where I questioned why the Tom Ridge Environmental Center is still named after a known fracktologist? A few weeks later in an online Upfront, the discussion surrounding that fracking story spiraled out of control and ended up with me deciding to catch, gut, prepare, and eat a State Street pigeon in the most legal, ethical, effective, and delicious way possible.

Conversely, sometimes what happens online affects what happens in print. This is one of those times. Last week, I wrote an online Upfront about the Catholic Diocese of Erie filing a lawsuit against the Obama Administration because of the recent mandate that religious organizations stop discriminating against some of their employees – employees who may not share the same religious beliefs as the Church.

What religion is that, you ask? Well, I'm glad you asked; let me tell you, and the other 1,420 people who emailed my editor at contact@ErieReader.com:

I am a Pastafarian; that is, I am an adherent to Pastafarianism. I am a member of the Church of the Flying Spaghetti Monster.

What's a Pastafarian, you ask? What is the Church of the Flying Spaghetti Monster, you ask? You sure ask a lot of questions. Well, let me tell you and the 1,420 people who are about to email my editor at contact@ErieReader.com:

Much like Judeo-Christian Gods, FSM is invisible and lives in the sky. The Gospel of the Flying Spaghetti Monster tells us that He created all of existence in its current state "after drinking heavily," with naught but His sheer divine will manifest through His Noodly Appendage. He then planted fake evidence supporting evolution, to test our faith, because He's kind of a jerk like that.

The original Pastafarians were pirates; they travelled the world to bring good tidings and gave children treats. Tragically, misinformation and persecution fomented by Christians and Hare Krishnas perverted the true nature of these pirates, simultaneously casting them as the villains we think of today as well as driving Pastafarianism underground and its practitioners into secrecy. Since that time, the angry ghosts of these pirates have both sought and delivered vengeance – every missing ship and aircraft in the Bermuda Triangle is of their doing. More startlingly, the worldwide decline in pirates due to Pastafarian oppression correlates directly to the alarming rise in global temperature over the last 500 years. Yes, you read that right – correlation does, in fact, imply causation; therefore, dwindling of the pirate population is responsible for global warming.

Despite laboring under the yoke of oppression for centuries, Pastafarianism has a long and noble history of devoted followers; in practice, it's easy to see the roots of our devotion. Every Friday is a holy day – a day for us to drink beer and say our prayers, which we end with "R'amen." Some of us even wear colanders on our heads, as a sign of piety before FSM. We don't observe Christmas, but we do celebrate Ramendan. We don't have Ten Commandments, but we do have eight "I'd Really Rather You Didn'ts." Following these guidelines will get you into our Heaven; deviating from them sends you to our Hell. Our Heaven has a beer volcano and a stripper factory; our Hell also has a beer volcano and a stripper factory, except that the beer is stale and the strippers have STDs. Yeah, Pasatfarianism is not bad, as far as religions go.

You think my religion sounds made up? Yeah, well, they all do. You may think Pastafarianism obscure, but that's only because, as I alluded to earlier, the practice of Pastafarianism has been concealed until just recently, when divine will delivered to us a great man with a compelling message.

In 2005, during the height of the Bush theocracy, the Kansas School Board got the brilliant idea that its students needed the opportunity to hear "alternative theories" to evolution, including Intelligent Design. Bobby Henderson, concerned citizen, penned an open letter to the board opposing this foolishness – but not in the way you're probably thinking.

Rather than lambast these morons for even considering a faith-based "alternative" to logical conclusions based solely on the tremendous preponderance of easily detectible scientific evidence, Henderson – whom we now refer to as a "prophet" – instead suggested that if the Kansas School Board could make room for one alternative theory, they could make room for another alternative theory as well – that of the Pastafarians.

In theory, the legitimacy of the Church of the Flying Spaghetti Monster should be as unquestioned as that of the Christian Church, because they both demand detractors try to disprove the existence of something, or someone, that is scientifically unobservable. This logical contradiction was recognized by British philosopher Bertrand Russell, who said, "Nobody can prove that there is not between the Earth and Mars a china teapot revolving in an elliptical orbit, but nobody thinks this sufficiently likely... I think the Christian God just as unlikely." Accordingly, Henderson went on to detail the beliefs of the Church of the Flying Spaghetti Monster in an effort to convey the idiocy of the Kansas School Board to the rest of the world by demonstrating the logical fallacy of organized religion – which he did. In essence, if the Christian Church expects you to adhere to its beliefs solely because you can't disprove them, then so does the Church of the Flying Spaghetti Monster. If I have to respect your unprovable beliefs, Shepherd, shouldn't you have to have to respect everyone else's?