by Cory Vaillancourt
View ProfileFacebookTwitterGoogle+RSS Feed
January 19, 2012 at 9:00 AM 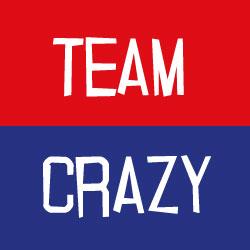 Are you tired of the Kenya-born Muslim Socialist Libtard Dumbocrat Emperor Barack Hussein Obama? Are Rick Santorum, Michelle Bachmann, Rick Perry, and Ron Paul not nearly crazy enough for you? Fear not, Patriot, for the New Hampshire Institute of Politics at St. Anselm College (Motto: "The fear of the Lord is the beginning of Wisdom") held the "Alternative Presidential Candidate's Forum" in Goffstown  just days in advance of the recent new Hampshire Presidential Primary election. This fascinating forum was televised by C-Span (Motto: The Boring Network!) and offers up a host of Republicans far more insane than Rick Santorum on his craziest day.

Also known as horribly denigrating moniker, "The Lesser Candidates Forum," this event allowed those presidential candidates who were not in the top tier an opportunity to make their beliefs known, as much as The Boring Network can make anyone or anything truly known. However, it was important – old favorites like Mitt Romney and Newt Gingrich were not the only candidates running in the New Hampshire Presidential Primary; there were 30 Republicans on the ballot, and most of them are also worthy of membership in "Team Crazy 2012." Here are a few for your consideration:

Ever heard that conspiracy theory about how Osama bin Laden wanted to start a world war, thereby hastening the return of an immortal, messianic figure called "the 12th Imam," who would bring with him a world Islamic caliphate? Yeah, so did Hugh Cort, and he never got over it. Unfortunately, the killing of bin Laden ruined his shtick, so he's been substituting Iran as the villain since then.

God spoke to L. John Davis – He told him to grab a huge pipe wrench, paint it up like ol' glory, and use it to run for president. Doing what any sane American would do, Mr. Davis embarked on a tour of all 3,143 counties in America. So far, he's visited 1712 counties, including a stop in Meadville, Penn., last July. He brought his giant pipe wrench with him, because it makes him look totally sane.

Veteran, airline captain. That's all you really need to know, because that's all he really tells you about his qualifications. This poor bastard is the least-crazy of the bunch. Next!

Mr. Lawman says he is running a "zero-dollar campaign." Awwwww, how cute! He should run for Sheriff instead; he has the perfect ballot name ripe for clever sloganry! "Lawman for Sheriff!" or "We need a Lawman in the Sheriff's office!" or "I'm the Law, man."

Mr. Linn thought losing two campaigns for State Representative in New Hampshire was good practice for losing a run for president in New Hampshire. Contradictions seem to be his thing:

"Liberals are trying to say that two men or two women recognized as legally married is normal. To me, that is not normal. I'm raising a 9-year-old son with my wife Adrianna, our son Andrew, and I want him to be raised to in a country to have opportunities like I did."

Every opportunity, except, obviously, the opportunity to marry the person he loves. Gosh, 9-year-old Andrew Linn of Milford, N.H., I sure hope you don't choose to be gay!

Besides looking just like Jerry Sandusky, Meehan says, "What if someone like me could finish in the top five? What if we just took a chance?" I don't know about you, but when I'm contemplating whom to elect to the most important and powerful office in the world, there's a part of me that says, "Take chances!"

"It's frightening that 10 million children that we should be raising with American values have been replaced with 10 million illegal aliens with unknown values and unknown intent. These isolated cultures serve to divide us and weaken our society."

You know what, this guy's right! I have noticed my daughter looks much browner than usual, so she must have been replaced by a small Hispanic child without my knowledge. I guess I had better get to work teaching her "American" values, which, according to Mr. Story, include hate and intolerance.

Easily the most insane Republican in the field; I couldn't make this funnier if I tried. Take it away, Tim!

"I'm a natural left-handed, peaceful, fanatic Pisces, like Albert Einstein…in 2005, I received a calling from my inner thought, that same inner thought that has the ability to take us out of pain and into perceived pleasure."

"On Christmas day, this Sunday, I offer my first measurable solution – to contact soul spirit Jesus withBraingate out of Boston, if I am allowed to do so."

"I support we rise and shine and save the world in time, just in case we need to. What would it hurt?"

"Earlier this year, the media came out and said that an afterlife is possible. For over 6 years, I have been focused on that. If there is a reason I'm here, that is it."

There you have it, Patriots, your lesser-known Republican candidates for the 2012 Presidential Election.

Now, I know some of you are going to rip me for only highlighting insane Republicans. Although they have cornered the market on crazy, they certainly don't have a monopoly on it; the New Hampshire Institute of Politics at St. Anselm College also held a forum for "lesser known" Democrats running for president. Therefore, in the interest of journalistic integrity, I will attempt to balance the stories of the nine crazy Republican above with one crazy Democrat below.

Nevermind the fact that he wears a black rubber boot on his head. Nevermind the fact that his website plays an unending loop of the John Coltrane composition "A Love Supreme" from the 1973 Carlos Santana/Mahavishnu John McLaughlin album "Love Devotion Surrender." And nevermind the fact that he wants the government to fund time-travel so he can go back in time and kill Adolph Hitler. Well-known satirist Vermin "Love" Supreme joined the other insane Democrats on the panel and delivered one of the most brilliant, biting introductory statements of all time, while wearing a black rubber boot on his head. Below is that statement in its entirety.

"Gingivitis has been eroding the gumline of this great nation long enough. It must be stopped.

For too long , this country has been suffering a great moral and oral decay, in spirit, and incisors. Our country's future depends on its ability to bite back. We can no longer be a nation indentured, our very salivation is at stake. Together we must brace ourselves, as we cross over slippery bridgework, into the 23rd century. Let us bite the bullet, and together, make America a sea of shining smiles, from sea to shiny sea.

Now friends, some people will tell you that this mandatory toothbrushing law is about the 'Secret Dental Police' kicking down your door at 3 A.M. to make sure you've brushed.

Friends, it is not.

Some will mention the 'Dental Re-education Centers' or the 'Preventative Dental Maintenance Detention Facilities.'

It's about none of these things.

It's not about the government-issued toothpaste containing an addictive yet harmless substance.

No, friends, it is not even about DNA gene splicing to create a race of winged monkeys to act as tooth fairies.

Friends, what this mandatory tooth-brushing law is really about, is strong teeth for a strong America. My name is Vermin Supreme. I am a friendly fascist. I am a tyrant that you should trust. And you should let me run your life, because I do know what is best for you.

Yes, I am a politician. I will promise you anything your little electorate heart desires, because you are my constituents, you are the informed voting public, and because I have no intention of keeping any promise that I make.

Vote early, vote often – remember, a vote for Vermin Supreme is a vote completely thrown away. I would like to take this moment to acknowledge my mother, who is in the audience here today. Please stand up mother. Please, stand up. If you can stand up, please stand up. She's going to try to stand up so you can acknowledge her. This is my mother, and 5 years ago this April, I gave her a kidney. My challenge to you people [standing up, lifting his shirt to bare his scars], everybody on this stage and in the audience, give up a kidney."

You really should see Mr. Supreme deliver this brilliant monologue; but because C-Span clearly doesn't have their santorum together, you can't directly link to it. Click this link, then go to the right side of the screen and click on "Lesser Known Candidates - Part 2." Mr. Vermin's speech begins approximately 11 minutes, 20 seconds into the video.