Everyone hates the guy at the bar causing trouble. Cory Vaillancourt has a few choice words for Ralph at the Oasis Pub.

by Cory Vaillancourt
View ProfileFacebookTwitterGoogle+RSS Feed
October 19, 2011 at 9:00 AM 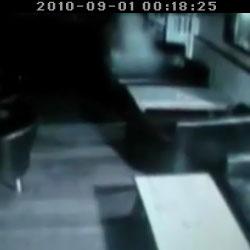 "Ralph" might not even be his real name because I haven't met anyone who knows his real name; he does, however, answer to "Ralph," so that's what I'll call him. Now, I must tell you that I attempted to reach Ralph directly to interview him for this story, but he never responded. I must also tell you that Ralph is a real jerk. You see, Ralph's a repeat violator of a little something I like to call "bar etiquette," and I just can't stand hearing about people in the service industry being mistreated. How does he offend me? Let me count the ways.

So how does this "Ralph" get away these egregious violations of bar etiquette for decades, with dozens upon dozens of witnesses to his bad behavior? No one's been able to get rid of him, or tell him to move on and find a new place to hang out, and I think I know why: Ralph's been dead for some time now. Ralph's a ghost.