Vince Staples' Big Fish Theory is bookended by its strongest tracks, everything in between comes packed with its own twist, turn, or sonic surprise. 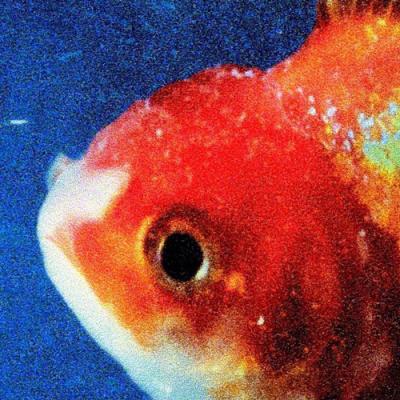 "WE IN YEAR 3230," Vince Staples tweeted not long after dismissing his own album descriptor ("afrofuturism") on The Daily Show with Trevor Noah. Staples is one of the funniest interviews in hip-hop, and by the looks of it, his music isn't the only thing that's been influenced by Kanye West. A direct follow-up to 2015 double-album Summertime '06, the first thing you'll notice about Big Fish Theory is how concise it is. The album refuses to let you come up for air once. Staples wears his influences on his sleeve (check the Amy Winehouse snippet in "Alyssa Interlude"), and at times, the album sounds like the offspring of West's Yeezus and Jamie xx's In Colour. These songs bounce, grind, and clatter to the sounds of the future, from UK garage beats to grime and house. While the album is bookended by its strongest tracks (the Justin Vernon-aided "Crabs in the Bucket" and "Rain Come Down," a cousin to West's "Fade"), everything in between comes packed with its own twist, turn, or sonic surprise.