Visual Experiences: Anthology: Pictures from the Archive of Gary Cardot 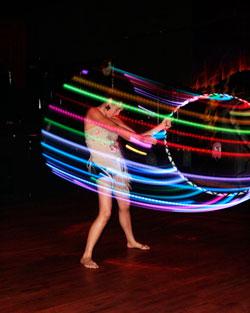 Some years ago, back when the Schanz Gallery was the most sought out place for local artists to show—and here's hoping that the building code problems can be resolved so that it may be again—Gary Cardot was scheduled for a show with another photographer immediately after him. Rarely does a gallery schedule two photographers in a row, so the other photographer was asked, in my presence, how the two shows would differ. His response was: "I take pictures of people. Gary takes pictures of pictures of people." This in essence is Gary's reputation, at least in some quarters: a skilled technician who shies away from images of direct human interaction.

This exhibition puts the lie to that claim, at least in part. To be sure, here are great compositions comprised of architecture and amusement parks, bereft of humanity. But there are also things that I have not seen in his work before: gardens, landscapes, and yes, even portraits.

It has to be said that the credentials of Gary Cardot, assistant professor of art at Mercyhurst College, are impressive, encompassing as they do an MA from the California Institute of Arts in Valencia as well as study at the International Center of Photography; and work exhibited in such venues as he Carnegie Museum of Art, Turning Point Gallery in Washington, D.C. as well as the Erie Art Museum. Perhaps what speaks the best about him, however, is his willingness to grow and expand through studies at the Maine Media Workshops in Rockport, Maine.

In the past, the work that I have seen has been his classic "old-school photography," and frankly, it is refreshing to see that there are still photographers who know how to develop film and value the "snap" of quality black and white photography. One fears that the traditional photo may go the way of the silver point, casein paint, and the dinosaur.

That doesn't mean that one shouldn't expand, experiment, and throw the viewer an occasional curve.  And that is what happened to me when I entered the Cummings Gallery, expecting from the title, "Pictures from the Archive," a vintage retrospective. Instead what I found was some of his vintage imagery revamped and updated by computer manipulation.

The walls are laid out roughly by types of images: building facades, people, landscapes, and interiors. This positioning has been carefully thought out on some levels, but not others, unless the purpose is to rattle a few cages. By this, I mean I suspect that the people in the "Blue Army Rosary Procession"—complete with a statue of the Lady of the Rosary—would take offence at being placed between "Gay Pride, Perry Square" on the left and "Gay Pride Parade, Lower Fifth Avenue" to the right. Nor are the parishioners of St. Nicholas Orthodox Church likely to appreciate being placed next to the "Crooked 'I' Bar," and perhaps visa versa.

The visual impact of these images is as wide-ranging as the various types of subject matter. There are cases where such images, as the altar of the "Orthodox Church of the Nativity," left me with the impression of an accurate rendition by an outsider who doesn't understand what he is seeing.

In "Mexican War Streets, North Side," the digital coloration is reminiscent of the lithographic souvenir postcards from the 40s that I used to find in my parents attic. In some of the landscapes, such as, "Presque Isle, Spring," the image takes on the flat artificial coloring often found in the less skillfully done vintage hand-oiled photographs. In both cases I was left wondering, "Why do this?" with no obvious motive or explanation in sight.

Where this show does excel is in such images as "Garden Bench," which successfully harken back to the early photographic experiments of the late 19th century, with their somewhat feathery, romantic outdoor scenes, but with the successful introduction of color. "Garden in Midsummer" and "Garden in August" look like a cross between pastels and photographs, with a skillful use of color and texture, which produce a dreamlike reverie.

I found the last photo in the show, "Dancer in Gymnasium" the most interesting. It seems to be showing a new direction in Gary's work. The elegant silhouette of the black rehearsal clothes on the figure cries out "dancer," even if that information had not been given in the title. The pose is in strict symmetry, made less formal by the placement of the gym equipment behind. The backdrop color runs from sepia to gray, a flat background against which the contrast of the clothes and the warmth of the skin tones and the enigmatic expression of the dancer stand out. In this one photo Gary has touched on humanity in a way that his Arbus-like photos of drag queens do not. It has a power and depth that, beyond his technical skill, suggests that Gary Cardot is on to something important.

An Epic Night of Rachmaninoff at the Erie Phil