If the blues comes callin' for you, answer it.

by Cory Vaillancourt
View ProfileFacebookTwitterGoogle+RSS Feed
April 30, 2014 at 8:37 AM 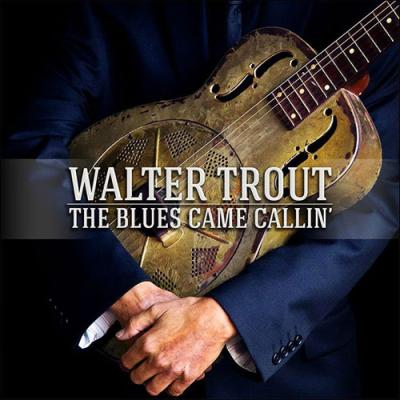 Blues great Walter Trout's been through some ups and downs in his nearly 50-year professional career, but he's currently in the fight of his life, battling liver trouble and awaiting a transplant. On The Blues Came Callin' (release date June 10) his searing, sustained solos still hearken back to his days with friend and mentor John Mayall's Bluesbreakers, but his voice – that meaty, authoritative snarl – is noticeably more weathered, weary, and wizened, most notably on the J.B Lenoir-penned "The Whale." Likewise indicative of his recent health, the songwriting takes a markedly introspective tone, most evident on "The Bottom of the River." But everything about this album just, well, works – right down to the merciful absence of overproduction found on almost every modern blues release since the mid-'90s. So, to those unfamiliar with the music of Walter Trout, I say: If the blues comes callin' for you, answer it.  — Cory Vaillancourt