War of Ages Celebrate Release of Void at BT

War of Ages returns to Erie following their new release, along with local bands 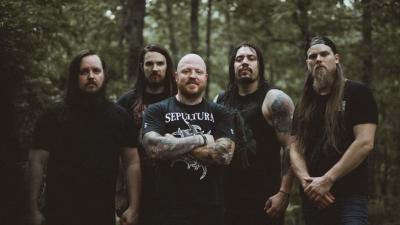 War of Ages are coming back to Erie for a CD release party of their latest album Void, alongside local bands Narwhal Bloodbath, Shiver, and Crimson Shrine at Basement Transmissions.

The highly anticipated follow-up album to 2017's Alpha, Void marks the Christian metal band and hometown heroes' ninth studio album since forming in the Gem City in 2002. Since the record's announcement, the band has released four singles from the upcoming album, "Miles Apart" with accompanying music video, "Sulphur and Salt," "Wrath," and the title track, "Void." These tracks give a glimpse of the album to come, showcasing the band's intricate instrumentation and inspired lyricism that they've honed over their career. On "Wrath" the band flexes their heavy metal muscles, with a track that is straightforward and punishingly aggressive, while the other singles meld their aggressive tendencies with passionate, melodic choruses that are a staple of their genre.

Opening local bands Narwhal Bloodbath, Shiver, and Crimson Shrine have been making their rounds throughout the Erie metal scene over the past few years, and are a perfect fit for this night in Erie metal history. Shiver released their full-length self-titled debut last year, in which they display their ambient atmospheric leads over brutal eight-stringed guitar riffs to create a balanced and dynamic sound. Crimson Shrine formed in 2018 and quickly released their debut EP, Blood Offering, just a few months later. Since then, they have been ripping up the local and regional scenes with their deathcore stylings.

While this show is open to audiences of all ages, Voodoo Brewery will be at their in-venue booth to serve beer to patrons ages 21 and over with a valid ID. So come out to bang your head, mosh, stage dive, and enjoy some brews (if you're old enough) with some of the best metal that Erie has to offer. — Tommy Shannon