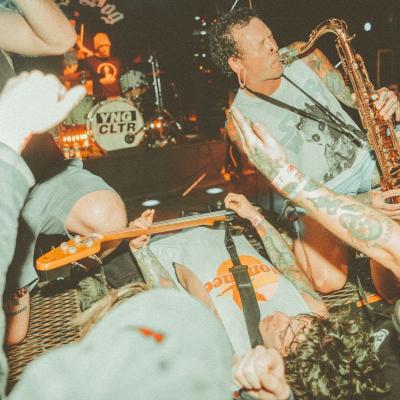 Erie is a cold place this time of year, but Andromeda's Winter Warm-Up is here to get your blood pumping as Young Culture and Mallory Run come to PACA.

Young Culture may be from Albany, N.Y., but they've come through Erie enough times that they might be considered honorary Erieites. Check out their latest album, (This is) Heaven, released earlier this year on Equal Vision records.

Edinboro's favorite sad boys, Mallory Run, released a music video for their single "A Cold Place" in September, and just released a follow-up single and video for the song "Blind." In reality, the two tracks are two halves of the same whole.

"When we originally wrote the songs, they flowed together as a large, two-part symphony," says the band's singer, Dan McClune. "But we broke it up into two different songs that are really two different perspectives about a singular topic".

"There's two ways to look at any bad thing that can happen," McClune elaborates. "You can get angry about it and ask 'Why did this happen to me?' or 'What did I do to deserve this?' That's kind of the way 'A Cold Place' is. Angry, angsty resentment. And then 'Blind' comes in and basically says 'You know what, this is only going to affect me as much as I let it. So I'm just going to move on and be okay, because I am okay.'"