A close look at a 2011 critically-acclaimed film. 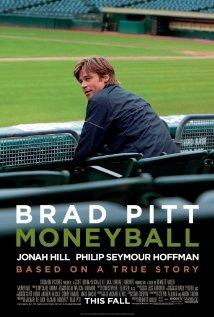 Let's start this one out slow – much like the beginning of this movie.

The movie opens with footage of a baseball game. The game is not going particularly well for one team – the team we're about to focus on as the story unfurls. The first thirty seconds reveal clips from the game, as someone, whose name we have yet to learn, drives around in his pickup truck, listening to his chosen team take the fall and lose the game.

But the movie's pace quickens as the footage of a baseball game comes to a close and general manager Billy Beane, played by Brad Pitt, takes the screen. He's outraged, as any manager would be when his team is losing, but there's more behind his anger than just a bad game.

He wants money. Not for himself –  he is begging for a pay raise or a quick payout, he wants money for the Oakland Athletics, the team that just lost that game.

From the film's beginning, we find there's a dirty side to the America's national pastime. There's no foul play and no one is  being underhanded, but there's an unfairness – rich teams buy up all the good players and leave small-market teams, like the A's with no money, a shrunken talent pool and no hopes of a good win.

Enter Peter Brand, played by Jonah Hill, a finance graduate from Yale, and the bringer of a needed change.

Together, Beane and Brand scheme to find a way to bring talented players to Oakland. The plot then gets deep, crater deep, into the financial and trading aspects of the sport.

Interspersed in the progression of the team are flashbacks of Beane's own baseball career. Beane's career as a player wasn't a success, but he's not ready to give up baseball altogether – now a manager of a barely surviving team and fights to get to the top.

Through this, a friendship between Beane and Brand begins, and so does the success of a team. The A's begin winning and baseball fans are stunned.  The same question floats between fans and other teams in the league, how did this tiny little nothing team manage to build such power and start winning?

Brand teaches Beane to hire key players; he teaches him to look at the key performances and the statistics of underrated players. Slowly, the team begins to build and the A's prove to be something amazing in the game of baseball.

Pitt gives a great performance as a lonely man, fighting against a failed marriage and trying to keep a close relationship with his daughter.  As a result of his drive and ambition, Beane cannot stand to watch a game in the stadium. Beane instead tells Brand to text him the highlights and then leaves the stadium to distract himself.

Faced with doubt, and the pressures of being in the spot light, Beane and Brand build a team that surprised the nation. Betting against tradition and taking major risks, the managers and money men of the team take center stage in this film and push the focus on the finance of the team rather than having a large focus on the actual players.

Going into this movie, I knew that it wasn't going to focus specifically on the team, however I didn't realize that all the focus would be on the money and therefore on Beane and Brand. This movie, rather relaxed yet steady, wasn't action-packed, but it was certainly informative and interesting. Even if you're not a sports fan, give it a watch – it is not just about playing the game. Whether you're a Brad Pitt fan, or a sports fan, or just love movies that talk a lot about numbers, this one is for you. Rent it from Redbox or pick it up from Wal-Mart, but no matter how you obtain a copy, watch it.

And for a little heads up on what to expect, here are my ratings.

I say no less than an eight for casting. Pitt did well as Beane and did a good job to bring the struggles and hardships to the screen. And I cannot forget about Hill's performance as a shy and backwards number cruncher. The chemistry with Pitt was superb and, as usual, his general acting skills were impressive.

For dialogue, I would say seven. The words felt natural, but they were a little heavy with the numbers and that can sometimes be a little boring.

For production I would say another seven. The film showed real clips from the season prior to the massive change and for me that helped give an authentic and interesting take on the movie as a whole.

If you haven't seen it yet, I suggest doing so on your next movie night. This film was released in 2011, so you should be able to find it rather easily.