Wearing Their Heart on Their Sleeve 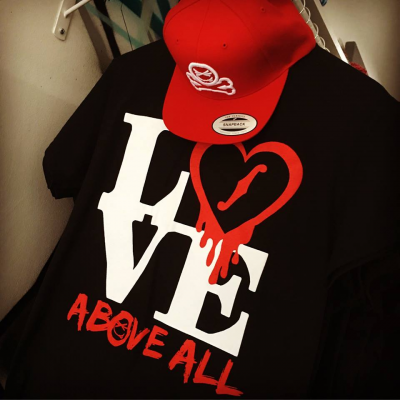 The Box Streetwear, run by Jon Box, catered to the 814 with clothing and designs that stood for unity, defiance, and truth. Responsible for a series of shows that pushed many Erie emcees to the forefront over the past few years, the Box's messages went from a rare sighting to being spotted in every corner of the city. Aside from allowing its flag to wave proudly in the winds of Northwest Pennsylvania and making its mark as a prominent brand, the streetwear company had its hands in philanthropy by aiding the less fortunate on holidays with food and garments — with events like "Box of Love,"  and "Music Saves Lives."

A hiatus was recently taken and the cult following of the Box was left wondering what happened to the  designers. Remaining true to its motive, the Box returns on Valentine's Day to celebrate a new line of gear and a new downtown location for customers. "Amor Supra Omnia," Latin for "love above all," is a release party that will be held at one of State Street's hottest clubs, Docksider. From 9 p.m. to midnight,  music will be spun by DJ Johnny B and DJ Diddles. The crowd will see new merch that won't be released until the spring and summer seasons, but will be available for purchase on this special night. Hip-hop hooray to the resurgence of the Box Street Couture. — Charles Brown