How they work, when you'll get them, and when to expect 'normal' 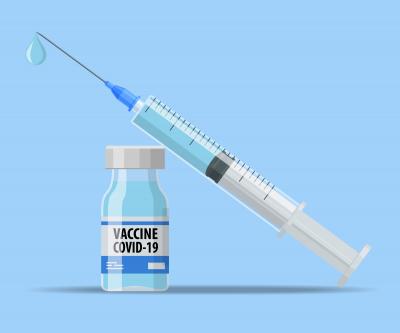 The combined weight COVID-19 has put on our healthcare systems, economy, supply chains, and overall morale is going to take a herculean effort to lift. Mercifully, the most valuable protein supplement in the history of protein supplements has begun rolling out this month. We're talking, of course, about the mRNA (messenger RNA) vaccines developed by Pfizer-BioNTech and Moderna, the first of their kind to ever be mass-produced and distributed.

How does an mRNA vaccine work?

Messenger RNA is a tiny, single-stranded molecule that can contain instructions on how to make any number of proteins essential to everyday cellular function. Unfortunately, viruses use mRNA too — forcing our cell machinery to do their bidding. An mRNA vaccine is effectively a sort of preparation drill for that potential enemy takeover — it directly runs a simulation of key viral protein sequences so that cells are equipped to recognize the real threat and shoot it down on sight.

The COVID-19 mRNA vaccine specifically contains instructions on how to recreate a piece of SARS-CoV2's signature spike protein. Once these protein bits are manufactured, they are displayed outside the cell, where they are flagged as "foreign" and the immune system can respond accordingly.  The mRNA molecule from the vaccine is dissolved, antibodies are created, and future infection is prevented.

How are mRNA vaccines administered?

Both the Pfizer and Moderna mRNA vaccines are administered as shots to the upper arm in two doses — a primer shot and a booster shot given three (Pfizer) or four weeks (Moderna) later. It is only after the booster shot that immunity is obtained. That means if everyone in the United States were to receive the vaccine (granted not everyone can or will), over 650 million separate doses would be required.

Based on clinical trials, both the Pfizer and Moderna mRNA vaccines have proven extremely effective (around 95 percent) with only mild to moderate side effects. They include tenderness, redness, and swelling around the injection site (usually subsiding in a matter of days) and in some cases muted coronavirus-like symptoms such as fever, chills, and fatigue after the second dose. These too often subside within a day or two and serve as a promising sign your immune system is reacting as it should.

When will it be my turn to be vaccinated?

Depending on who you are and what your line of work is, you could be waiting a while before you're vaccinated. The Pennsylvania COVID-19 Interim Vaccination Plan aligns closely with CDC guidance (skip to the bottom of page 9 for the full rundown).

Healthcare personnel, first responders, critical workers, and those with high-risk conditions (such as those living in long-term care facilities. This phase is already currently underway.

Includes many of the same groups outlined in Phase One, with a few differentiators:

Anyone who wasn't covered by the first two phases, i.e. the general public.

Why is it taking so long?

Pfizer and Moderna aren't the only players in the vaccine race. FDA approvals are pending for several others, including AstraZeneca, Novavax, and Johnson & Johnson. If and when those are pushed through, vaccine production capacity will increase considerably. As far as the immediate future (January 2021) is concerned, a maximum output of 22.5 million doses is expected. That's not enough to cover the 24 million Americans who fall in the highest-risk categories (healthcare workers and those involved long-term care facilities), so further prioritization will be required on the part of governors and public health officials.

So, when does normal life return?

Normal life will return to Erie and cities everywhere once the majority of persons have been vaccinated. In the meantime, this virus that has killed more than 300,000 individuals should still be presumed highly transmissible and dangerous. All precautions that have been advised since the beginning — social distancing, proper mask-wearing (over mouth and nose), frequent hand washing, etc. — should be fully adhered to, even after you have received your vaccination.

As discussed earlier, it takes a while to kick in, and you could still be carrying viral particles around with you even if you're protected from developing illness yourself. But the happiest part of this New Year? An end is in sight and relief is coming.

Matt Swanseger can be reached at mswanseger@eriereader.com. This article was drafted in 12/22/20, and this topic is evolving and thereby subject to change.