These mischievous ladies will kick off the Erie Philharmonic's Pop Series. 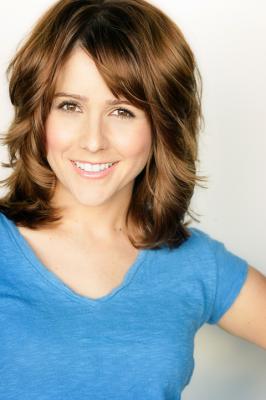 The Erie Philharmonic will be hosting some enchanting ladies, but they are certainly not wholesome princesses. In fact, they may be downright mischievous. Just in time for All Hallows' Eve, the Phil will present Wicked Divas at the Warner on October 25, the first in this season's Pop Series. Veteran Broadway stars, Alli Mauzey and Julia Murney, will bring to life some of the best-known classic and modern Broadway divas in a night of hits that celebrates the female voice. And don't be surprised if you get a little Diana Ross thrown in for good measure – truly a pop diva if there ever was one.

Jeff Collier, Erie Philharmonic's executive director, says to expect songs from classic Broadway shows like Chicago, My Fair Lady, and Phantom of the Opera, to more recent hits like Titanic and Spamalot.

Mauzey and Murney – both Broadway veterans with impressive credentials, including lead roles in the smash hit Wicked – will, of course, have a few numbers from that musical in their bag of tricks.

The Phil's music director and conductor, Daniels Meyers, is looking forward to the night.

"I am always thrilled to work with stars of this caliber," he says. "They are consummate professionals who know what they want. It is fun, and I always learn a lot."

For Mauzey and Murney, their treat is performing with a full orchestra, something that doesn't happen too much on Broadway anymore, according to Meyers. "A lot of Broadway orchestras have scaled back on musicians. Here, they get to have to the full, lush sound of the orchestra behind them."

Collier agrees, saying that the audience will have much on which to indulge. "Our Pops concerts aim to give a taste of the familiar while also introducing our audiences to something new. There is nothing quite like experiencing a live symphony orchestra at the Warner Theatre."

If you're a fan of Rogers and Hammerstein, Lerner and Lowe, Marvin Hamlisch, and Andrew Lloyd Webber, or just admire the female Broadway voice, you'd best get out your treat bag and head over to the Warner on Oct. 25. It should be a bewitching time.