YNW Melly // We All Shine 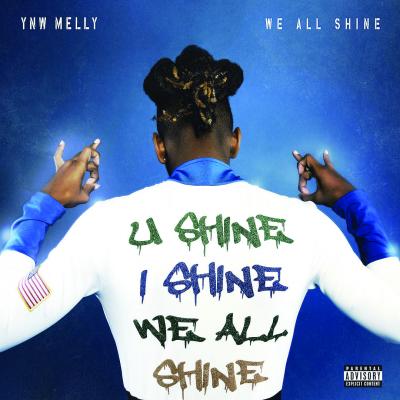 Let's get this part out of the way; most people who are hearing Jamell Maurice Demons — better known as YNW Melly — for the first time are doing so because of We All Shine's Kanye West-assisted single, "Mixed Personalities." As an unsigned artist (note that We All Shine, technically an EP, was "self-released") this is an outrageous pull — nearly unheard of, really. But fortunately for listeners, Melly works with the kind of unmistakable, pop-leaning croon that often carries some of Young Thug's best work. In that sense, We All Shine's greatest flaw also happens to be what makes it so charming; while the 16 track EP is in desperate need of an editor, Melly puts in the work, and it's endearing to hear him challenge himself as an artist. Assisted by classic R&B instrumentals and guitar beats, he occasionally veers into a Lil Wayne-esque flow that proves he may have a way to go before finding his voice, but is impressive nonetheless. And while even the standouts start to blur together after a while, it's easy to see why a song like "Mixed Personalities" (or the hilarious "F*ck PNC") have genuine crossover potential. — Aaron Mook