"You Don't Get to Hate It Unless You Love It": The Last Black Man in San Francisco

A beautifully shot love letter to a city and its people 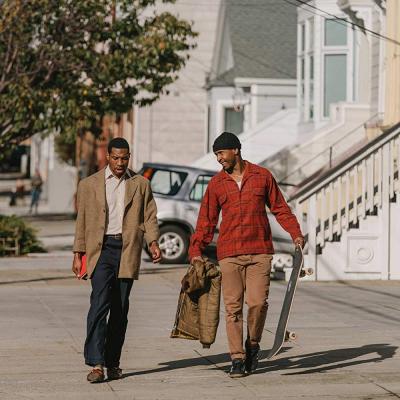 The effects of gentrification can often change cities completely, leaving some people prosperous with others pushed to the periphery of their own neighborhoods. In the end, a city could become a nearly alien place to its own inhabitants. Joe Talbot's feature debut The Last Black Man in San Francisco is all about the effects that those changes have on a marginalized people and the city's sense of identity. It is a beautifully shot love letter to a city and its people and one of the most deeply personal films released all year.

The film stars story co-creator Jimmie Fails (playing a character with the same name), a young man living in his best friend's grandfather's house after the skyrocketing cost of his old home forced his family to leave. Jimmie still comes to the neighborhood to fix up the home that his grandfather built, but when the new owners have to suddenly move out, Jimmie hatches a plan to move back into the house that he feels is still rightfully his.

The film has some very interesting things to say about how the town in which we live has a long-lasting effect on our own sense of identity. However, without giving anything away, often that relationship with home is as tied to the stories we tell as it is to our authentic feelings and the importance of knowing when to let those stories go. As Fails says late in the film, "you don't get to hate it unless you love it," and I think that anyone who loves their city so much it hurts can find much to appreciate in that sentiment. — Forest Taylor

The Last Black Man in San Francisco comes to the Bourbon Barrel (1213 State St.) on Wednesday, September 11th at 7 p.m. as part of the Film Society of NWPA's Film Grain Series.