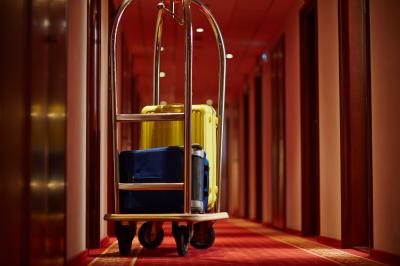 When a mild-mannered young man checks into an expensive suite at one of New York City's finest hotels, his only intention is to begin an illicit affair. What follows is far from what he imagined.

All An Act Theatre's production of What The Bellhop Saw, written by Billy Van Zandt and Jane Millmore, will have you rolling with laughter. As events begin to occur at rapid speed, topical humor along with the typical antics of farce are employed throughout the production: gag lines, doors slamming, characters careening, and confusion all blend into the perfect mix of drama and comedy on the stage.

Sit back and enjoy the show as the young man's worst nightmares come to fruition as things spiral further out of control. Joining him is a cavalcade of characters, including a Salman Rushdie-like author, a vengeful terrorist, a wife from hell, a conniving bellboy, an incompetent FBI agent, a celebrity-mad maid, a doltish secretary, and a little girl in pigtails.