Sing Along to Handguns as They Drop by BT 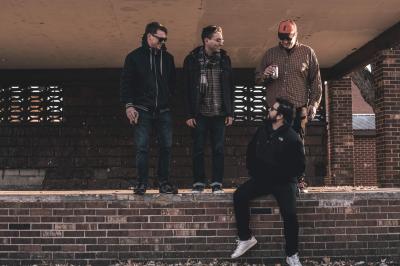 Handguns, one of the hardest working bands in pop-punk, is returning to Erie, alongside Second Suitor, In Winds, Archway, and Half Glass.

Any DIY band or tour promoter could tell you horror stories about how difficult it is to book a tour. Even if everything goes right, a typical band would start the booking process several months before hitting the road. But Harrisburg, Pa.'s Handguns is not your typical band. At the beginning of September, Handguns decided that they would go on tour — for the entire month of October. Booking a tour on such short notice has more than its fair share of obstacles, but when Handguns took to Facebook to make the announcement, they allowed their dedicated fans to work with them to book shows along a predetermined route. It practically booked itself in just a few short weeks.

The tour is in promotion of the band's upcoming album, When the Torch Burns Out, (being self-released on their own label, Pass Along Knowledge Yourself) and sees them weaving in and out of Pennsylvania, Ohio, Michigan, New York, New Jersey, and Maryland, all in smaller market cities within short drives of one another. On choosing this tour route, guitarist Jacob Langley said, "We want to have time to get to know the people at each show and have less time stuck in a van hurtling down the road. We booked the tour in small bars and clubs and DIY space and houses and breweries — wherever we could get a show — because we knew that those places that would be more likely to have openings but also because we feel we are a band that thrives in that environment instead of some big market box tour." (Writer's note: I can confirm the last point. One of the best shows I ever attended was a Handguns show in someone's basement right here in Erie).

Apart from the booking process and the route, there are a few other quirks about this tour that only a band like Handguns could dream up. It is common for bands in the underground punk community to share the stage and microphone with their fans, but Handguns is actually allowing fans to sign up before their show to take turns being the lead vocalist for select songs from throughout their discography. "Our choice to have the fans sing with us is somewhat of a dream come true for me," Langley says. "It's not just gonna be fun it's also to create a bonding experience with our fans. We have always said that Handguns is a family and we really f*cking mean it so here is the proof."

In addition to allowing fans to briefly join the band, Handguns is also bringing their own screen printing gear on tour with them, as part of a "bring your own merch" campaign. Have any clothing that could benefit with the Handguns logo on it? You bring it, they'll print it.

Binghamton, N.Y.'s Second Suitor and Columbus, Ohio's In Winds join local bands Archway and Half Glass in support. Don't miss this truly unique show experience that is sure to inspire copycats in the future. — Tommy Shannon