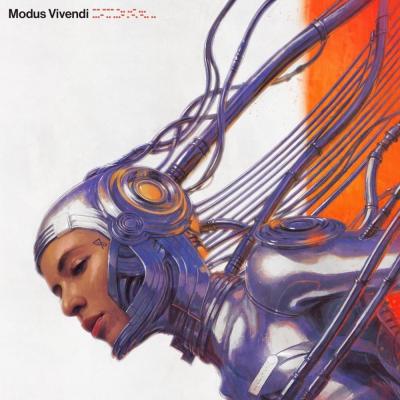 It's been two years since Kanye West released Ye, his first project since the rapper's mental breakdown in 2016 and subsequently unrelated endorsement of Donald Trump. Understandably, the album polarized a lot of folks, but one of the only elements not to do so was a number of vocal parts by 070 Shake, a relative newcomer to the GOOD Music family. Now, on her debut album, the young genre smasher takes styles introduced by her mentors — most notably on albums like 808s & Heartbreak and Man on the Moon — and pushes them to stratospheric new heights. Following the lead of the album's artwork, Modus Vivendi is future-pop through and through. And that's putting it simply; in the same way that Billie Eilish mashed influences last year, 070 Shake presents a gorgeous sonic collage of trap ("Rocketship"), retro-pop ("Guilty Conscience"), and electro-grunge hybrids ("The Pines"), each take as successful as the last. If 2020 is the year Gen-Z music truly takes hold, we'll be lucky to have 070 Shake join the legion of female artists at the forefront of the genreless movement.