Does your post-NYE throbbing head need pacifying? Check out Alex Bieler's top five albums of the year for some soothing suggestions! 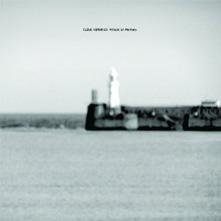 At just 20-years old, Dylan Baldi decided his band needed an overhaul. After winning over parts of the indie world with sugary alt-punk nuggets, the young Clevelander, well, grew up. When "Attack On Memory" came out in January, it was evident from the first few notes that something changed. Gone is the bored teenage punk of before, replaced by a gritty, primal new character, rage seeping out from its hiding placing beneath the surface. Opener "No Future/No Past" hypnotically lulls forward, Baldi's voice cracking as the song finally explodes before marching straight into the heavy guitar riffs and torrential drum rolls of the nearly nine-minute "Wasted Days," the pent up aggression dripping from each note. Even with this new shift, songs like the excellent "Stay Useless" retain the catchy hooks of Baldi's teens, but with the newfound maturity that makes "Attack On Memory" an absolute gem.

While "Fear Fun" may be the first album by Father John Misty, it is by no means the work of a new artist. The new moniker for longtime solo artist and former Fleet Foxes drummer J. Tillman isn't as much a clean slate as it is a shift in wardrobe. On "Fear Fun," it's quite obvious that Tillman is having some fun with his new persona. Tales of excess and depravity pepper the album, all part of this drug-fueled cult persona that sings "I ran down the road, pants down to my knees, screaming/ 'Please come help me, that Canadian shaman gave a little too much to me" on "I'm Writing a Novel," all amid washes of '70s soft rock and Laurel Canyon goodness. It all adds up to a frighteningly fun time, leaving you bopping along to each golden tale as Tillman winks at the camera between takes.

The worst part about "The Idler Wheel…" is that it took seven years for us to hear it. Still, even though it took the longest gap between albums in Fiona Apple's career, her fourth record is well worth the wait. Much like her earlier efforts, "The Idler Wheel…" is full of her penchant for minor chords on her piano ("Nothin' wrong with a song ends in a minor key," she cheekily sings at the end of "Werewolf") and buoyed by her emotive contralto. This new album, however, is sparser than past efforts, relying on basically just her aforementioned instruments, some slight percussion, and found sound to present her intensely personal songs, even asking "How can I ask anyone to love me when all I do is beg to be left alone?" on "Left Alone." On "The Idler Wheel…," we're more than happy to read into her thoughts.

Frank Ocean
channel ORANGE
Def Jam
After working behind the scenes – writing for John Legend and Justin Bieber, guesting on Jay Z and Kanye West's "Watch the Throne" – 2012 was the year that Frank Ocean truly shone on his own. After catching some attention with last year's "Nostalgia, Ultra." mixtape, July's "channel ORANGE," as well as a letter detailing his first love of a straight man unable to reciprocate his feelings, opened the floodgates for Ocean fever, and deservedly so. From "Start" to "End," "channel Orange" is packed full of delicious R&B nuggets oozing with charisma. Ocean lovingly sings about the lives of the various characters inhabiting the album's 17 tracks, ranging from the shunned crack dealer of "Crack Rock" to the taxicab confessional of what may be the 24-year-old crooner himself in the gorgeously heartbreaking "Bad Religion." With "channel ORANGE," Ocean not only steps into the spotlight, he owns it.