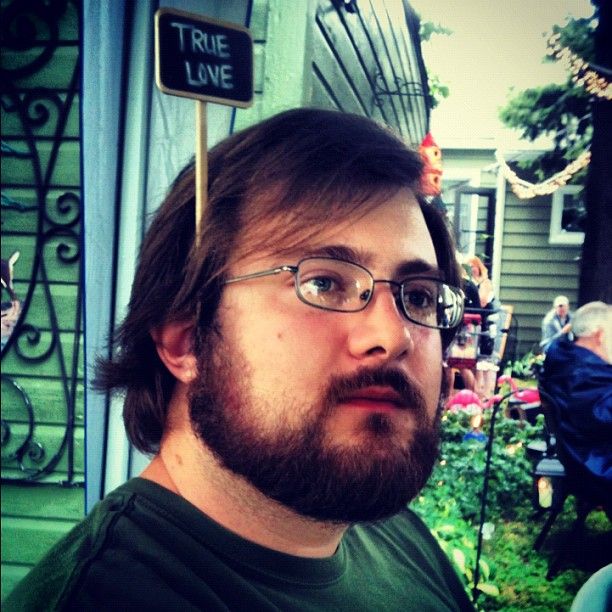 Born a large child back in 1988, Alex is now a large man in Erie, Pa. Originally from Cleveland, Alex moved to The Flagship City to attend Gannon University, where he earned his degree in journalism communications after a foray into the world of engineering, something he did not quite enjoy as much as he thought he would. He does, however, enjoy writing for the Erie Reader, where he gets to write about music and all sorts of neat stuff, including interviewing bands like alt-J, Frank Turner, the Mountain Goats, as well as lovely local acts.

When he's not writing, Alex is often being made awful sad by his beloved Cleveland sports teams, which then leads him to listening to sad music, which, admittedly, he rather enjoys. He also likes happy music as well, as well as adorable animals, especially fluffy ones. Alex also thinks that the rest of the Reader staff is awful swell and that you should check their work out as well.

You can always follow Alex on Twitter at @Catch20Q and tell him things. Things may also be told to him at aBieler@ErieReader.com.

After Funk Rocks the Rook

by Alex Bieler10/14/2015, 11:30 AM
Every Open Eye shimmers, sparkles, and satisfies on another batch of finely-crafted pop tunes.

by Alex Bieler10/14/2015, 10:15 AM
Zac Little and his Saintseneca crew really have a knack for crafting absolutely infectious songs that crawl inside your head and burrow deep in your brain.

Haunted History Tours Open at The Brewerie at Union Station

by Alex Bieler10/14/2015, 9:30 AM
Take the Haunted History Tours of Union Station presented by The Brewerie.

Now Hear This: Gun Outfit's "Dream All Over"

Now Hear This: The Glorious Cat-rap of Meow The Jewels