Not to be outdone by Alex Bieler, the Editorial Staff of the Erie Reader gives you five more suggested spins, plus the local album of the year. 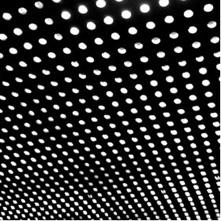 Beach House, the ethereal two-piece from Baltimore, glided onto the scene with their self-titled debut back in 2006. It was easy, indie listening; the perfect come-down music for those long, hard nights. Comprised of members Alex Scally and Victoria Legrand, the band has, well, bloomed over their next three albums, each one building upon the last. After the smashing critical success of 2010's incredible "Teen Dream," fans such as myself were left wondering how they could possibly top themselves. They did more than that with this latest offering. "Bloom" isn't a departure for Beach House, it's them doing what they do best, just bigger and arguably better. From the perfectly poppy opener "Myth" to the warm waters of "Lazuli" and everything in between, "Bloom" delivers exactly what we want from these two, and promises even more in the future.

"Blunderbuss," Jack White's first solo album, received one of Erie Reader's coveted 5-star review in May after being released April 23. It debuted at No. 1 on the Billboard 200 and has since garnered Grammy nominations for Album of the Year and Best Rock Album. From country -- the album's title track -- to vintage R&B -- a cover of Little Willie John's "I'm Shakin'" -- to '70s rock -- "Sixteen Saltines," "Blunderbuss" explodes in pure Jack White: intriguing, contemplative lyrics and chunky guitar riffs unfolding in a raw, riveting nature from start to finish. And the best part? No one's standing in his way. Not The Raconteurs, not The Dead Winter, not Meg. White takes to the front and unleashes rock's strongest, yet most tormented album -- a true wrecking ball of a self-portrait of an artist challenged by love, loss, change, growth, and age.

The xx returned in 2012 with "Coexist," a strong follow-up to the critically acclaimed, near-perfect minimalism of their 2009 self-titled debut album. Once again, guitarist Romy Madley Croft and bassist Oliver Sim trade off on vocals while chronicling a love affair gone cold, and Jamie xx continues to evolve into one of the most innovative producers in the world of electronic music. Stand-out tracks include "Reunion," with a haunting steel drum melody, and "Tides," which compares a relationship to the ebb and flow of the sea.

Released in April and just 39 minutes long, the Alabama Shakes' debut effort "Boys & Girls" peaked at number 8 on the Billboard 200, and even garnered a respectable 7.8/10 from the notoriously snobby jerks over at Pitchfork. Your reviewer - also a snobby jerk - gave it 4.5/5, which translates to a 9/10 for those of you bad at the maths. Regardless, the smoldering vocals of Brittany Howard have added a soulful new dimension to the whole Southern/Blues/Garage Rock scene, as evidenced by their wildly popular single "Hold On." Rough, raw, real, and sounding like it was recorded in your mom's basement, "Boys & Girls" served as the summer soundtrack to many special moments for many special people; become one of those people and give it a spin.

Local Album of the Year:

2012 was a pretty food year for Falling Hollywood. The local foursome appeared on the cover of a super cool publication, earned several new fans travelling around, including a memorable show with The Allbrights in Buffalo, and dropped their debut album. On "Set the Table," the cousins Matt Flowers and Nick Taylor, along with Bill Frackowiak and Brad Triana, put out 14 tracks full of their brand of earnest folk-rock, mixing in some gritty punk and classic rock tinges for good measure. With stadout songs like "Slow Down," "Sand Dollar Sky," and "Cocaine," Falling Hollywood combine upfront lyrics and sincere harmonies with a blue-collar feel that will keep the songs in your head for days to come. With a band like Falling Hollywood at the helm, "Set the Table," is a treat.