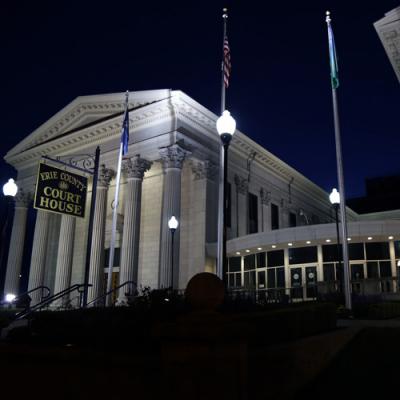 Eleven months later, 130 more people were killed and many were injured throughout Paris during an ISIS attack. And the debate over how to handle international terror waged on, complete with images of a gun-clad Statue of Liberty trudging across the Atlantic to offer aid, and proposals to pause the acceptance of refugees in the U.S.

Stateside, there was Waco and then Emanuel African Methodist Episcopal Church. Later, within a week of each other, there were shootings in Chattanooga and Lafayette, La. Then came the on-air shooting of a WDBJ reporter and cameraman. Then the attack on Umpqua Community College in Roseburg, Ore. And then the Planned Parenthood shooting in Denver and the husband-wife attack in San Bernardino.

Other gun-related violence and crime, including a noticeable uptick in local shootings, received far less media coverage but still left our country mourning and pondering why this continues.

So onward goes the argument over the role guns play in our country.

I could tell you that 2015 was the year we again tried to determine which lives mattered and why. As we were still processing events in Ferguson, Mo. – trying to make sense of racism, inequality, poverty, and violence – the death of Freddie Gray turned our collective consciousness to Baltimore; and to the black lives, police lives, all lives matter rallying cries that followed.

I could also tell you that 2015 was the Year of Budgets. Nationally, it was a White House versus Congress-billed knockout bout. The Keystone State continues to operate without one, dividing the executive and legislative branches in Harrisburg while illustrating the dire straits of Erie's Public Schools.

Erie Mayor Joe Sinnott proposed a budget that was only challenged by City Councilman Dave Brennan, who wanted to allocate $300,000 for more police safety. After Sinnott held a press conference with Erie's police chief the same day as the City Council vote, the budget passed unanimously.

We could measure 2015 by its economic impact. GE Transportation announced another round of layoffs. LORD Corp. announced job cuts, too. Erie media stalwart Erie Times-News announced that the multi-generational family-owned newspaper would be sold to an outside group. The future and impact of these companies in Erie remains unclear.

We could evaluate 2015 by development. Perry Square was under construction most of the year, while only a fraction of our prime real estate – our bayfront – was. Doomed to demolition two years ago, the McBride Viaduct still boasts community supporters hoping to reverse the decision to tear down what's become a pedestrian bridge connecting two severed parts of Erie's east side.

As a nation, we kept the Affordable Care Act in a 6 to 3 Supreme Court vote. The justices returned to the bench the next day to declare same-sex marriage legal in all 50 states.

NASA sent New Horizon for a fly-by of our on-again, off-again last planet in our solar system, the U.S. held Pope-apalooza and decided to give Cuban diplomatic relations another go after a 54-year break, and COP21 aimed to address climate change with one, singular voice.

But perhaps more than anything, 2015 revealed disunity and division.

Nationally, the Liberals v. Conservatives case has grown louder and more extreme, augmented by the lead-up to 2016's presidential election and the rising fear of terrorism both here and abroad.

Perhaps labeling 2015 – especially for Erie – is so damn difficult because we're looking back, retroactively attempting to make sense of 365 disjointed days. We're ascribing a narrative to a story already written.

Tip O'Neill said "all politics is local." Let's start locally and declare what we want to see and – more importantly – what we want to do in Erie during 2016. Fret over layoffs? Or, focus on the creation and development of small businesses. Watch crime continue to rise? Or, have a serious conversation about the root causes of violence.

We must now set our mission and issue quarterly report cards. Otherwise, we're staring down the past while the future passes us, only to become the past we evaluate next year.