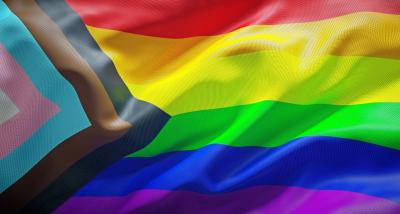 Let's get the bad news out of the way. COVID-19 is going to eliminate an in-person parade from the Northwestern PA Pride Alliance this summer, just as it has eliminated many other fun things in our lives.

Thankfully, through a partnership with the Erie Playhouse, the show will go on digitally. And organizers are doing their best to adapt the spirit of the celebration to an online setting, while taking advantage of the opportunities that pre-taped performances provide.

Fans of drag shows have nothing to worry about. 2020 Virtual Pridefest will feature two winners of our annual Miss Erie contest (2011's champ Misty Michaels Kall and our current title-holder, Rebecca Mae), performers with amusing names (Alysin Wonderland and Priscilla Godzilla), performers with conventional names (Debbie), and performers from out-of-town (L.A.'s Porshaa Lejayy). There's a great range to the offerings scheduled — Senator Bob Casey is preparing a short video, Austin Kulyk of the Erie Playhouse will sing us some songs, and a daredevil named Joe Snarey (aka Snarenbear) will literally breathe fire. Something for everyone!

To hear how it's all coming together, I spoke to Pride Alliance president Alex Sphon (who will perform in drag as Lovin Heart during the event), who explained that a Zoom webinar will screen the day's events in a manner similar to a Facebook Live video. "Our feed won't have comments available," says Sphon, "but we're partnering with other organizations who will be hosting Google Hangouts, Facebook chat rooms, and other options."

Sphon and his team are working hard to make the experience interactive. "We're trying to emulate as much as we can and keep as many of our original partners as we can," he says. "At Pride we have tables where you can go eat with different people, and then you watch the show. And because it's in person, it's interactive. So the tables are being replaced, so to speak, with chatrooms. You can go in and talk to people about things that interest you — and you'll be able to watch the performance also."

To pull this off, the Northwestern PA Pride Alliance turned to the Erie Playhouse for help with programming. According to executive director Kate Neubert-Lechner, "Our venue will be the location for live streamed performances and we will also have some pre-recorded performances from our volunteer performers throughout the event."

The event comes at a precarious time, both locally and nationally. In addition to the global epidemic keeping us all from leaving our homes, the enormous outpouring of activism in response to the killing of George Floyd is making a big impact. In fact, the local LGBT community already staged an action on June 13, declaring that there is "No Pride Without Black Lives."

In response to the recent momentum, Neubert-Lechner notes that "there will be BIPOC [Black, Indigenous, People of Color] speakers throughout the event and performances that will be related to and supporting Black Lives Matter." In particular, the Playhouse will be "presenting streamed performances of The Mountaintop by Katori Hall on July 16, 17, and 18 with all proceeds going to Black Lives Matter. We felt it was incredibly important to use the platform that we have to present a work by a black author, addressing the messages of injustice and the fight for equality." Sphon concurs: "Given the current political climate, we are stepping up to not only celebrate the LGBT community, but also to raise the voices of the black and brown community since there's such a great crossover between these communities."

Though it comes at a time of uncertainty, Sphon is quick to stress that the event will also provide a sense of relief. "Our goal is to create an escape and a sense of happiness. One of my favorite things about pride is the incredible emotional high and euphoria that you get from being in an area where you're totally accepted."

On June 27, that sense of acceptance will illuminate smart phones and laptops across Erie. We can't march this year, but we can certainly log on.