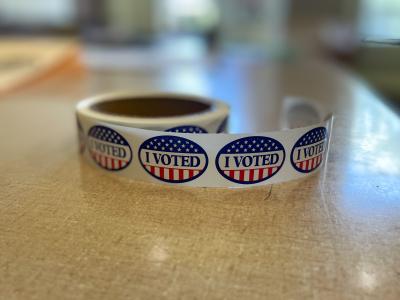 Pennsylvania's primary election was held Tuesday, May 17, 2022, determining the nominees in many statewide races.

At the executive level, Democrat Josh Shapiro will face Doug Mastriano for governor of Pennsylvania. The current PA Attorney General, Shapiro ran unopposed in the Democratic primary. State Senator Mastriano has been referred to as far-right candidate who is not only backed by Trump, but attended the "Stop the Steal" rally that led to the Jan. 6 insurrection.

In the race for US Senate, Lt. Governor John Fetterman received a clear victory over Conor Lamb, as well as Malcolm Kenyatta, and Alex Khalil, receiving nearly 60% of the vote. For Republicans, the results are unclear at the time of this writing, with tv personality Mehmet Oz having a 0.2% lead over Dave McCormick (both around 31%), and Kathy Barnette garnering a quarter of the votes. McCormick fared better than Oz in Erie County, as well as much of western and central Pennsylvania.

FishUSA co-founder, Democrat Dan Pastore will go on to face the incumbent Mike Kelly (who ran unopposed) to represent Pennsylvania's 16th District in congress, after winning handily against Richard Telesz.

State representatives Patrick Harkins, Bob Merski, Ryan Bizzarro, and Brad Roae ran unopposed in the primary. In November, Bizzarro will face Republican Joe Kujawa, while Roae will run against Democrat Nerissa Galt. Both Harkins and Merski will find themselves unopposed in the general election.

Around 43% of Democrats utilized mail-in ballots, while just over 10% of Republicans did the same.

The 2022 general election will be held on Tuesday, November 8.