Here is your chance to bring something cool to Erie! Do you have what it takes to produce a 24-page comic book in 24 hours?

by Cory Vaillancourt
View ProfileFacebookTwitterGoogle+RSS Feed
August 28, 2012 at 10:40 AM 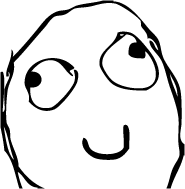 Let's face it people, lots of you think you have the literary and artistic chops to produce a comic book; but do you think you could do 24 pages in 24 hours? Sean McGrath thinks you could.

24 Hour Comics Day is a yearly nationwide event that challenges writers and artists to produce a 24-page comic book in 24 hours, from scratch. McGrath, as host of Erie's event, hopes to bring people from across the region to Erie on October 20 to demonstrate aforementioned chops.

Although there is no entry fee for those wishing to participate, these things do cost money. That's why Sean set up a Kickstarter project; he hopes to raise $1,500 towards all the necessaries, including space rental, art supplies, food, and promotion. As of August 28, he's over halfway to his goal, with $811 raised so far. However, the way Kickstarter works is that he'll only receive funding if he meets his goal by September 3; if he fails, he'll earn $0, and all those 24-page comic books will, tragically, go undrawn.

So here's your chance to help Sean contribute to Erie's vibrant cultural tapestry – visit his project on Kickstarter, make a donation, tell your friends to do the same, and form a team. Remember, you only have until September 3 to make your donation, so do it today!