Get ready to pick up the genre of ska with the The Toasters at King's Rook Club. 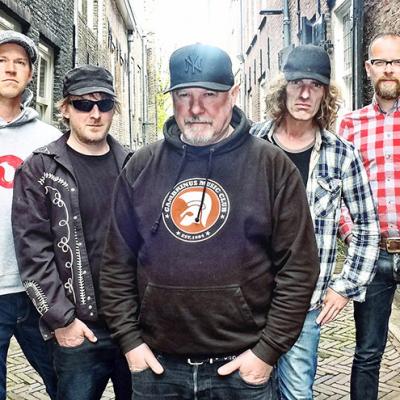 Ska is an undeniably fun sound. There's just something about the brassy blare of horns and the guitar's upstrokes on the upbeats. It just wants to pick you … up. It wants to make you dance too. Specifically, it wants to make you "skank," seeing your balled fists and bent elbows moving to the beat with your legs kicking in opposition. If you come down to the King's Rook Club on September 23, you'll get the picture pretty quickly.

Ska is commonly divided into three "waves." The first started in Jamaica in the 1960s and gave birth to rocksteady and ultimately, reggae. The second took place primarily in England with bands like the Specials and Madness. The third wave of ska can be traced to one band in particular, The Toasters. The band set the scene for hundreds of bands that blended punk and other sounds to danceable results. For a musical walk-through of ska's history, check out the band's track "Chuck Berry"

Founding the band in 1981, deep in the midst of the second wave, Rob "Bucket" Hingley, an Englishman living in New York City, has been the leader of The Toasters since their inception. The band takes its name from the rapid-fire style of Jamaican singing known as "toasting" (for a prime example, listen to future Pilfers frontman Coolie Ranx' fantastic work on "Dub 56 - Chat Mix") If you grew up in the late 1990s, you might also recognize The Toasters' music from the children's show KaBlam! Fellow third-waves The Aquabats would later find success with a similar pairing in Yo Gabba Gabba! From kids to hardened skinheads, the band's high energy performances have been lighting up the faces of rudeboys for decades.

Finding a near-perfect opening band proved simple with the Buffalo septet The Abruptors. Having played Scotty's Martini Lounge to back-to-back packed houses, the band will have a little more room to spread out in the Rook's downstairs concert complex. Horn-friendly six-piece This American Song will play upstairs for a late night after party as well. So, whether you've put down your ska days years ago, or are a new recruit to the genre, get ready to pick it up. — Nick Warren