Basement Transmissions is playing host to a slew of pop-punk bands from throughout the country. 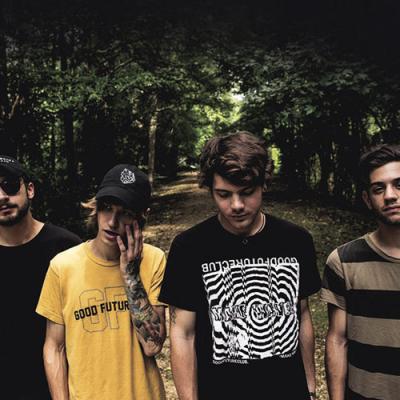 Basement Transmissions is playing host to a slew of pop-punk bands from throughout the country, brought to Erie by Heel Heat Productions.

On the purely pop-punk end of the bill we have Plans from Indianapolis, Dead Fall from Kent, Ohio, and Rotations from Pittsburgh. Plans' give an emotional take on pop-punk on their EP Loose Ends, while Dead Fall's discography is more straightforward in its approach to the genre. Rotations (formerly known as Logan's Star Pupil), is one of my personal favorite regional bands. Combining both the emotional and straightforward aspects of the two previous bands, Rotations is a perfect middle ground for opposite ends of the pop-punk spectrum.

The sole local act for the night is Common Light from Meadville. Made up of current and former members of several active area bands, Common Light serves as somewhat of super-group of local indie-rock.

Its an amazing thing that so many great bands come from so far away to play at Basement Transmissions, so come out to the show and support the scene, so we can be sure that creativity from near and far will always have a home in Erie. — Tommy Shannon