A Call for GE to Bring Work Back to Erie County 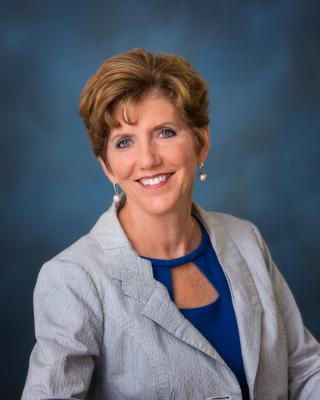 Recently, Erie County's economy was dealt a devastating blow as GE Transportation announced plans to lay off 1,500 workers. With about one-third of their workforce receiving notice, employment levels at one of Erie's hallmark companies barely resembles what we have known as GE Transportation for many decades.

Growing up, I was a GE kid. I can remember the days when my father worked there with 16,000 others. Today, the GE workforce left in Erie County is down to 4,500, with employment levels rapidly shrinking. The latest round of cuts will not only impact the workers laid off and their families, but will also have a ripple effect throughout our entire county. Hundreds of supply-chain businesses in Erie County will very possibly be affected. We will all need to work together to mitigate negative consequences.

As such, I have pledged to work with U.S. Sen. Bob Casey to ensure workers are able to access the resources they need to get back on their feet and back to work. Currently, Sen. Casey is working with the Department of Labor to provide rapid response training for the workers affected. I support these efforts and have been working with the Workforce Investment Board to make sure the workers are able to access the support and resources they deserve.

As we strive to help the workers and families affected, it is important to keep in mind GE's history in Erie County. For years, elected officials, myself included, have been supportive of GE. To say these last rounds of cuts are disappointing is an understatement. Three years ago, GE Transportation opened a facility in Fort Worth, Texas that is now the primary manufacturer of Evo locomotives, a product that was originally manufactured at the Erie plant.

As GE continues to move jobs to its Texas facility, it should be noted that crucial legislation is being debated in Congress that impacts GE Transportation: the reauthorization of the Export-Import Bank (Ex-Im Bank), the federal government's export credit agency. Foreign trade is a key part of GE's sales and the Ex-Im Bank is a significant partner in those sales. Essentially, not reauthorizing the bank would be detrimental to GE's ability to conduct business with foreign buyers.

This legislation has much greater political support in Erie County than it does in Texas. In Pennsylvania, there is widespread support among elected officials in Congress. In Erie County specifically, Sen. Casey is in favor of reauthorization, with Reps. Mike Kelly and Glenn Thompson voting in support. While the Senate has not voted on reauthorization to date, only Sen. Toomey stands apart on this issue from the others representing Erie County.

The same cannot be said for Texas. Both U.S. Sens. Cornyn and Cruz are opposed to Ex-Im Bank reauthorization while the U.S. representatives from Fort Worth split their vote on the issue.

Considering these stark differences in support for the Ex-Im Bank, I have called upon GE to reevaluate their strategy and bring work back to Erie County. As a community, Erie County has been committed to GE; now is the time for GE to be committed to Erie. We are living in tough economic times, and it is only by working together that we can move Erie County's economy forward.