Zack Orr concludes 365 Days of Song with a celebration. 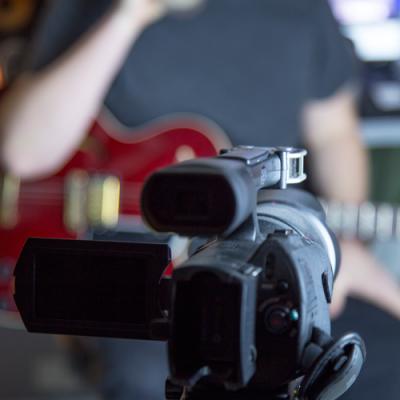 Zack Orr doesn't mind a challenge. Last year, the musician began a yearlong journey. He decided to perform one song each day, and broadcast it live. The final day will be a musical celebration. On Thursday, April 7, Basement Transmissions will host Zack Orr and the 365s. Recruiting some of the best musicians around, the band will consist of Orr, Eric Brewer on guitar, Ian Maciak on drums, and Stephen Trohoske on bass. Along with many guests from the past year (Jake Johns, Gem City Revival, Hayes Moses, and more), they'll run through some of the favorites, including covers and originals.

Orr has been writing his own great music for a long time, but to fill up the year, he needed to dig into his record collection. There are classics like the Beatles and Neil Young, and cuts from artists like Ween, Beck, and the Flaming Lips. Using the Periscope app, Orr is able to stream his videos all over the world. Followers tuning in can give live feedback in real time. It's a great new way to have an intimate back-and-forth between an audience and a performer.

I recently sat down with Orr to experience the process first hand. The wonderful singer Jess Royer and I had the honor of contributing to day 349. We all pitched a few ideas, landing on the Magnetic Fields' "Yeah, Oh Yeah." Thanks to Orr's know-how, everything was smooth and amazingly fun. With years of experience in both television and music, this kind of thing is second nature to him. We ran through the song a couple of times, and were ready to roll. 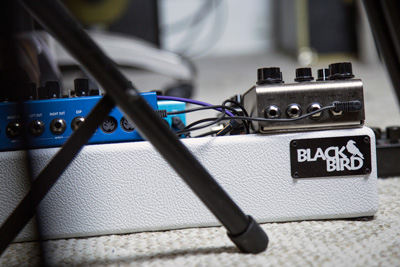 It was exceptional to see comments from across the country pop up right then and there. Shimmering hearts appeared in the corner whenever followers liked something they heard. The video lived on Periscope for the next 24 hours, until it was replaced by the Beatles' "Sexy Sadie." After all was sung and done, we talked about the process.

Nick Warren: First off, what inspired you to start up such an ambitious project?

Zack Orr: Well, it was my 25th year playing music. It's my 26th year now. But it started as a sort of New Year's resolution to go about things in a new way, and morphed from there. I had just found out that Periscope existed, and I thought it was a great way to be accountable and produce results right away.

NW: Were there any specific songs that stood as highlights for you?

I really enjoyed when songs were a conceptual success, when I was able to match the performances with the content of the songs, and record a few in ideal locations. I did "NY, I Love You But You're Bringing Me Down" [by LCD Soundsystem] in New York. I went out on the streets with my friend Nori Kikuta on guitar, and you can see the Empire State Building and the whole New York skyline lit up.

ZO: I really enjoyed when songs were a conceptual success, when I was able to match the performances with the content of the songs, and record a few in ideal locations. I did "NY, I Love You But You're Bringing Me Down" [by LCD Soundsystem] in New York. I went out on the streets with my friend Nori Kikuta on guitar, and you can see the Empire State Building and the whole New York skyline lit up. I played Wilco's "California Stars" on a Venice Beach rooftop, with my old bandmate, David Irelan. I also played "Boys of Summer" and you could see the Hollywood sign.

I lost a bunch of videos when my hard drive crashed. It was terrible, but there was nothing I could do to save them. I guess I'll have to look at it as a unique experience for people who were watching on Periscope (laughs).

There was also "American Pie." We did that on the Fourth of July outside as a big group, and everyone sang along with the chorus as fireworks were going off.

Then there were others, like "Via Chicago," by Wilco. I had every intention of playing that one in the O'Hare airport. My guitar was supposed to be gate checked, so I could grab it on my layover, but it was checked all the way back home! I ended up singing it at 11:55 p.m. at the Erie Airport, just under the wire for that day. It ended up being pretty funny, but hey, that's how it goes!

NW: There were a couple that got some special attention too, right?

ZO: Oh yeah, those were some special ones, too. Joe Henry, part of ANTI- Records, is one of my all-time favorites, kind of a songwriter's songwriter. My cousin is a rock critic at the LA Weekly and tagged Henry on Facebook. And he liked it! He was really nice about everything. It was amazing getting feedback directly from someone I respect so much.

Then there was the retweet from George Harrison. Well, the official estate of George Harrison, for "Isn't It a Pity." That meant a lot to me. The Beatles are a big part of my life.

Another one that got more attention than I expected was that Killers song, "When You Were Young." That ended up being one of the featured videos on Patreon [a crowdfunding platform]. A lot of those ended up being the song of the month. 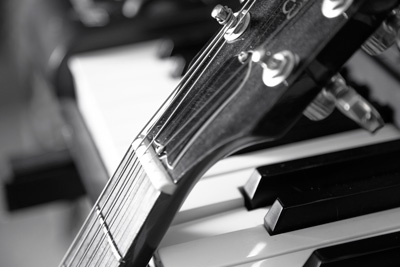 NW: And those are going to be re-recorded?

ZO: Yeah, I'm going to redo the 12 "songs of the month," so each month the most popular song is getting re-recorded and mixed. There's going to be a super-limited, hand-pressed vinyl edition for some of the Patreon supporters. Then there's a standard vinyl edition which I'll be selling online and at shows.

NW: That was one of the tiered benefits if you donated?

ZO: Yeah, that was for the inner circle. I like to explore new ways to do crowdfunding, and Patreon really worked for me. The thing about Patreon as opposed to other crowdfunding sites is that it can operate on micro-loans and monthly donations that almost work like a subscription service. Coincidentally, I was one of the first musicians to successfully fund an album on Kickstarter. That was around 10 or 11 years ago. It's interesting that it's become kind of par for the course for a lot of artists.

Not to get too negative, but I guess you could say that I don't have much faith in the music industry being a good place for the artist making a living as a musician, so I'm constantly trying new things. Something as little as a dollar doesn't sound like much, but when you have people all over the world donating, it can add up! I think that it's cool and I'm proud of it.

Nick Warren can be contacted at nWarren@ErieReader.com.