A Dash of Salt Makes Any Recipe 'Flavaful' 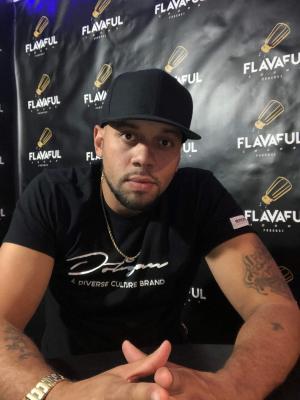 Local DJ, beat maker, and producer DJ Salt (Jeremy Salter) is gathering the essential ingredients (artists) in order to create a first-of-its-kind hip-hop compilation album coming out this summer. The Recipe is a well-conceived production that will showcase some of the top up-and-coming artists the 814 has to offer. "The goal is not only to build my own legacy by combining forces with talented and like-minded artists, but also to showcase the talent that this city has to offer," declares Salt.

Salt is no novice when it comes to the music industry. Growing up in a church atmosphere, Salt was constantly surrounded by music. Taking after his drummer father, Salt also tried his hand at percussion, in turn leading to an interest in beats. Listening to acclaimed rapper and producer Dr. Dre's The Chronic (1992) would prompt him to discover his love and passion for the hip-hop genre. During his teenage years he met his mentor, hip-hop artist Action Davis, who Salt proclaimed "taught me everything I know…without his guidance and opportunities, I would not be the man I am in the industry today."

In his twenties, Salt continued to pursue his career and became an online beat maker even without any type of classical training. Production work for local rapper Hectic in the 2010s spurred a rise in popularity. Recognizing that he had more potential musically than lyrically, Salt began to build his brand, releasing the first of his instrumental albums, Flavanoids Vol. 1, in 2015, with Vol. 2 following in 2017. From there, he began to work with more local up-and-coming artists to bring his beats to life, executive producing two albums in 2020 — Payso Best Ever's G.O.A.T Music and Shai Boogie's Death of Religion.

Shortly thereafter, a tragic turn of events tested Salt's integrity and drive as his house burned down, and his nearly-completed recording studio along with it. After being displaced for six months and having to cope with this obstacle, his hopes and aspirations to continue on severely deteriorated. Fortunately, with COVID-19 still in full effect, his boredom overrode his sorrows, therefore pushing him to prevail and begin rebuilding his livelihood. This would bring about the foundation of his imprint known as Flavaful Sound.

With the establishment of his company and the revival of his studio, Salt is working diligently to expand his portfolio and showcase himself and local colleagues on a level that Erie hasn't seen before. He recently produced local artist Nefhew's debut album, ENVY-P (Most Valuably Hated). The Recipe, which is about 25 percent complete, will become one of Salt's most notable creations. This album features 25 top-tier local artists, with names such as CEE Brown, Sharpshooter, Aaron Rennell (Major Coin), Crew Life, Brooklyn J, and many more — all handpicked by the man himself.

Just like in any important recipe, every ingredient is key to making it complete. Each one is special and adds a unique flavor to a dish, just as each artist contributes heat and spice to Salt's mixes. Let's just say this production will definitely leave you begging for seconds.

DJ Salt can be found on all streaming platforms as well as on social media and on his website at www.djsalt.com.