The Community Call for Peace provides a chance for a wide variety of local musicians to unite for a good cause. 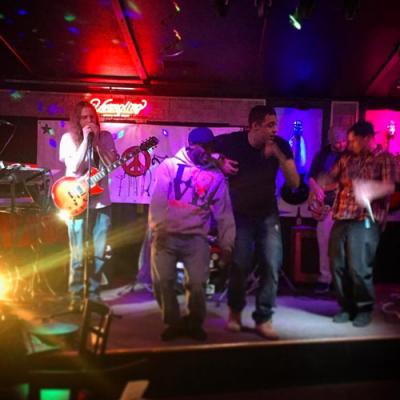 Now in its fifth year, the Community Call for Peace is a chance for a wide variety of local musicians to unite for a good cause. Benefitting Mothers Against Teen Violence (MATV), the concert brings together 12 local acts for one evening.

Headed by Erie City Councilwoman Sonya Arrington, MATV works directly with at-risk youth, trying to curb violence at an early age. The group began the Leadership Empowerment Accountability Diversity (LEAD) program, which meets at the Booker T. Washington Center, offering mentoring and counseling for children between the ages of 10 and 18.

Arrington will open up the event with a few words about the cause. It's an issue deeply close to her heart. In 2010, her son Steve Arrington II was killed, shot outside a local convenience store. This tragedy inspired her to become more involved in her community, leading to the creation of MATV.

The event begins shortly after 4 p.m. with alt-rocker JC Nickles, followed by hip-hop artist Doc Proto. The 12-year-old rap prodigy Yung Skola performs third, followed by seasoned bluesman Rodger Montgomery. After that, classic rockers Strangers and Liars will take the stage, preceded by the retro indie soul outfit, Pine Diary. The Breeze Band are next up, with their danceable blend of soul and R&B. Singer songwriter Heather Devore will follow, employing her percussive acoustic guitar style. One-man-band Matt "Broke" Boland will dish out his own retro favorites and Americana originals. Noted local emcee C.Brown will do a thoughtful, energetic set as the hip-hop/jam septet, the LEC, closes out the night.

The event is open to those under 18 (with a parent) only until 8 p.m., though festivities run until 9 p.m. – Nick Warren

by Matt Swanseger11 hours ago
Do you?