A Festivus Miracle at Jekyll & Hyde's

Festivus celebrants will find little to complain about this year — at least should they venture to Jekyll & Hyde's. 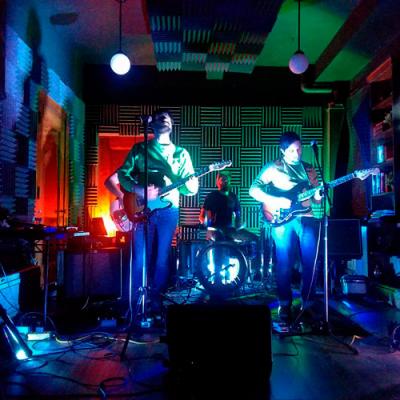 December 23rd is traditionally set aside for the "Airing of Grievances" (particularly for Seinfeld fans), but Festivus celebrants will find little to complain about this year — at least should they venture to Jekyll & Hyde's (unless they have misgivings with live music and/or half-priced draft specials).

Although the musicians on hand may not be known for physical "Feats of Strength," their artistic powers are undeniable. The night begins with folk-pop songstress Brooke Surgener, whose nuanced vocals and thoughtful lyrics have cemented her as a mainstay of the local scene. Following her performance, Falling Hollywood returns to the stage for the first time since July's Gears & Grubs. It's even better than a Festivus miracle for the quartet's legions of fans, who gravitate to the band's musical melange of Americana, alternative, and garage rock (with a sprinkle of punk and blues). Nick Taylor and Matt Flowers split the vocal and guitar duties (and harmonize rather well with one another), while Bill Frackowiak (bass) and Brad Triana (drums) provide the rhythmic backing.

So gather friends, families, and foes — if you're going to bicker about anything, may it be about who has the better seat or whose glass is less full. — Matt Swanseger